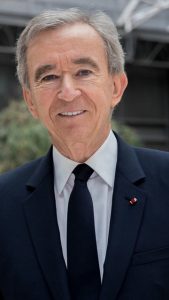 Bio: Seems that the rebels missed one of Wilhuff’s children when they where butchering all of his family in the hopes of killing the traitorous bastard. Dr. Yearling Yale Palpatine also known as Dr. Yale Mitchell MD with a speciality in psychiatric medicine and this is not a coincidence seeing his father holds a medical degree in psychiatric medicine; like father like son on this part. It seems that our enemy Wilhuff did a good job of ushering his son off to safety and kept him out of the focus of the rebellion and the government. He even went as far as registering his son as deceased and giving him a brand new identity for his high school graduation, Dr. Yearling Palpatine has been hiding within plain sight for generations and no one would have ever figured this connection out; though thanks to our contacts and their shared hatred of Wilhuff we have been given this intelligence and the prodigal son has been exposed.

Dr. Yearling studied medicine at Harvard Medical School and received his certification at Yale just like his father and guess what the tax payers covered all of Yearlings school debt and he has multiple advanced degrees and medical specialisations including a Masters in advanced Cyber Technology from Massachusetts Institute of Technology (MIT) just like his father. Seems that Wilhuff has given his boy just about everything he needed to survive and have a dedicated and successful career, though it seems that lucky for us Yearling’s own children would be deceased and either passed during childbirth or suffered greatly under the wrath of the rebellion or the where executed by the UCAS not sure why the government would execute Yearlings children or his beloved wife; but they did and I am beyond happy they where gassed and hopefully they drowned on their own vomit.

I just received an update from my contacts that Dr. Yearling’s actual name is Ben and he has been going by Dr. B. Y, Yale Mitchell for quite sometime and many just ignored the B in his name till now. It appears that the locals within the Federal District call him Old Ben and seem to be drawn to him for advice and just to confess their woes to. This man is a mystery and someone that needs to be removed as he is far more dangerous alive as he holds many secrets about the UCAS and I can assume that he has a grudge to settle with the people that gassed and hanged his children and wife; not to mention hunted his father.

I can assume that Old Ben was protected by the Presidents Men and Post Office as well watched very closely by the Four Horseman since he was placed directly within the Federal District and worked within the nations most premiere medical institute and has been the doctor to many presidents, senators, congressman and many government officials in his tenure. As of the writing of this article Old Ben has gone missing and simply vanished in the middle of the night, bounty hunters went to capture Dr. Palpatine for his treasonous connections to Wilhuff and the Four Horseman and reports indicate that his home was vacant and cleared of all technology, clothing and personal affects.

Old Ben is a lynch pin in the plans of his father and the mysterious STAGE 5 program as he holds direct secrets of the UCAS and he needs to be brought to justice quickly as if this child reconnects with his father the government as we know it will crumble and the Horseman will watch as final stage of “Old World Blues” comes to volition. Also this man has deep connections with the Yates family and thats dangerous as Yale Yates is Old Ben’s godfather and grew up alongside Tudor Yates and was the mentor to young Maximilian Yates during his required internship. Max would break the heart of Old Ben when he would turn down the offer to work in the Federal District for him and enter the corporate world instead…..damn it if Max had just worked for Old Ben we might not have that problem to deal with now.

Though all roads seem to twist and turn around Wilhuff Palpatine and Yale Yates and these connections can’t be ignored and forgotten any longer. As it seems that the Yates family and the Palpatine family have been as thick as thieves for generations and as far as we can tell they are all beyond ancient and received the Federal Immortality Project. We can now understand why the Yates are as twisted as they are seeing they have been learning their deceptive ways from Wilhuff and even the children of this twisted family are not safe from their elders.

We always thought that the Yates were a problem family but after feeling the sting of the Palpatine’s things now make sense and it seems this deadly alliance has been a true rebel alliance all along. Wilhuff and Yale are connected through marriage yet that hasn’t stopped the fates from intertwining the remainder of the family. We have to hope that Old Ben’s kids are dead but knowing Wilhuff and Yale this could be another ruse and they have one more kin in hiding that even my contacts can’t locate……………………………………………………………………………

This is dedicated to all the warriors of the shadows who have fallen in the line of duty. RIP    Crazy Glue: Killed in the Jackals Lantern by an unknown assailant, Her Murder is still under investigation by SPD  Wallace: HRM member killed in the Scottish invasion of England. Rot in Hell Wallace  Tommy: Member of the Regulators recently killed by SPD    Grimm: Member and Leader of the now defunct Ministry, killed by SPD C-SWAT. During the Deaths Hand Invasion  Mr. Walter O'Neil (Sarge): Member of a group only referenced to as the Post Office, He was killed in … END_OF_DOCUMENT_TOKEN_TO_BE_REPLACED