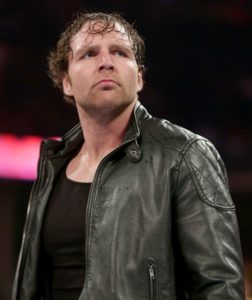 Bio: The madman known as Asylum is one of the last members of this deadly family and their legacy of rebellion, treason, criminal enterprising and murder for hire. These men pose as Bounty Hunters working for General Ichabod Oliver and serving within his guild of hunters; though it’s only a cover to allow these men to work above the law and continue their quest of genocide and mass murder of our Native Cousins. Though for the Wienstocks if you’re willing to pay their fee, they will kill just about anyone for basically any reason these men have not a care in the world and with their deep seated connections to some of the most dangerous legacies this world has seen it’s not out of the question that they are probably one of the most dangerous family lines to emerge onto the scene and crawl out of the shadows in the past decade.

Drake being the baby brother of both the Debt and Tax Collector doesn’t mean that this killer is young by any means and doesn’t mean that he should be underestimated do to his apparent age; to do so will only end one way and that’s six feet under. Drake has been killing and hunting humans for many a generation and he has been treating his victims like one would a freshly killed deer; skinning, gutting and removing the skull and spine as if it was his prize. Asylum has always looked up to his older brothers and has been trying to prove his worth to them through his mass killing and his sheer skill with the blade; this man is a lunatic and to try to predict his actions is another quick trip to the morgue, he has zero self-preservation instants and his fight or flight switch is always in the fight mode. This man will and has crawled up spears, swords, and waded through machinegun nests to get to his target and hasn’t fallen in battle; it seems the more you hurt the lunatic known as Asylum the happier he becomes and the stronger he fights.

Drake unlike his brothers hasn’t fully remained within the shadows and has been seen here and their throughout the ages hunting down his targets and collecting his prize, he as well is tied with the Tax Collector for the amount of Native scalps within his possession. Drake has worked with the best throughout the years and has never left any of the greats unimpressed with his prowess and ability to predict his targets long before they even get to act; he knows what his targets are going to do before they do it and he can easily counter their attack. Though it seems he allows himself to become injured just to enjoy the rush of the wound and the look of terror on his victims face as he allows himself to be stabbed only to pull himself further up the blade to drive his spurs or knife into his shocked victim. To see Drake in action is enough to cause many to retire on the spot or just abandon their post instead of dealing with the Mad Man directly.

When it comes to the lunatic known as Asylum one can never be fully prepared for what level of violence he will bring to the table. But one thing is clear Asylum will never leave without a river of blood in his wake, he will do whatever it takes to make certain that he has gotten the job done and if that means innocents have to die; “Exactable Losses” are his exact words and for Asylum he means it, this man has not a care in the world and the only thing that kept him somewhat in check was brutally murdered by Agent Johnathan White during the purge and the rise of the Freedom Task Force.

Asylum is somehow connected to the O’Bannon family witch explains allot seeing he helped train Anchor and has been able to travel freely through England and never face the punishments of the Steel Legion; seeing both the Leprechaun and the Loreley and by proxy the Piper are all family to this man.

Drake would spend many years within Europe working with the Ghost Division and hunting down a group known as the Suicide Squad making it his personal goal to eliminate that unit and anyone connected to them for reasons unknown. He like his brothers has worked with the Brothers Grimm and is considered an honorary member of that brutal team. Like the Ghost Division Drake continues to hunt down the terrorist cell known as Free Bird and has been a thorn in the side of Victor Salazar for many years and for this he has been rewarded greatly by both Set and the Rabbi; Set see’s the lunatic as a perfect emissary of war and has personally trained this man to be the best at what he does and from what I have seen the lunatic has lived up to that reputation and surpassed it.

The Government won’t even waste the resources to attempt to stop this one man seeing that they will lose more than they will gain in the process, the Deaths Hand just ignores the actions of Asylum even after shooting Rift and telling off the All Seeing One. Basically this Mad Man is allowed to walk free with zero resistance for everyone is too fearful of invoking the wrath of Asylum. Those of us within the UCAS are left to live in fear of this man and the Natives shiver at the thought of Asylum being within their cities; for he will create another trail of tears, though this one will be paved in blood, tissue and bones of his victims. This man has worked within the Presidents Men and is fully trained in their secret combat style, though he officially is not on the roster; I guess the rebels don’t want their order of assassins connected to this man of chaos and destruction. Well the information is out there and it will spread like a wildfire, that the rebels have sanctioned Asylum and not just sanctioned his actions; they give him medals and accolades for his loyalty and his brutality.

The Brotherhood of Mercenaries have as well accepted Asylum in their fold, though this man’s jacket is just one big red mark seeing he really doesn’t have a code and only does what he wants; though it’s rumored that he does take orders from the Watchman, Colonial, Crash and the Crimson Ghost from time to time. They even known that to control the Lunatic one must keep him busy and focused, this they do by allowing him to do as he pleases and paying him well for his decades of slaughter; though it is said that Asylum doesn’t do it for the money, for him it’s all about the sport of killing. He has even been known to outfit weaker targets with gear that can allow for Asylum to have a better hunt besides a simple killing, he then collects the gear as part of his reward only to have it repurposed or his next victim.

Asylum and the O’Bannon’s probably is connected through the Livingston’s as this information just came in on the wire; meaning that he is related to Smoky and seeing as Saul Livingston is Alfred O’Bannon’s Brother-In-Law and Drake married into the Livingston’s theirs the connection and we all know what happened to Alfred O’Bannon’s son at the hands of Agent White; so even though I support the UCAS I must say Fuck You to Agent Johnathan White for creating the lunatic monster known as Asylum and unleashing him upon us all.

Well I can hear that my time is up, and soon I will join the other two reporters that have perished reporting on the Weinstocks; as this auto uploads please be warned Asylum is very dangerous and needs to be avoided at all costs,  don’t let my death be in vain……………………………….

This is dedicated to all the warriors of the shadows who have fallen in the line of duty. RIP    Crazy Glue: Killed in the Jackals Lantern by an unknown assailant, Her Murder is still under investigation by SPD  Wallace: HRM member killed in the Scottish invasion of England. Rot in Hell Wallace  Tommy: Member of the Regulators recently killed by SPD    Grimm: Member and Leader of the now defunct Ministry, killed by SPD C-SWAT. During the Deaths Hand Invasion  Mr. Walter O'Neil (Sarge): Member of a group only referenced to as the Post Office, He was killed in … END_OF_DOCUMENT_TOKEN_TO_BE_REPLACED