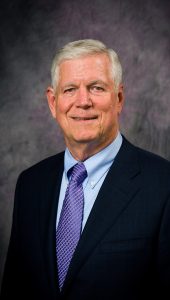 Bio: What can I say about the Kingslayer that won’t get me killed as I do choose life over honest reporting (The Kingsman are not known for leaving us alive, they like their privacy). I will keep this short Edgar is the older brother of Tudor and Marvin and good friends with the Grimm Brothers as well as Puck and owes his life to Puck for the number of times he has saved the Kingslayer’s life in the field. We would never have learned of this Kingsman and Yates brother if it wasn’t for the events of Air Force One being shot down on it’s way to Israel and he emerged from the wreckage to save President Kingsbury, one would think he was a Presidents Men not a Kingsman, but the lapel pin gave him away and than for Buzzard to risk life and limb to tackle the President to the ground also would give us a clue. We knew the orders re-joined and that day confirmed it and should scare every living citizen as these men only know their work and give two craps about who gets in their way; they have assassinated Presidents, Senators, Royalty, Nobles, Dignitaries, Ambassadors and even a few Kings and Queens through the years. How do you think Kingslayer earned his moniker and for that I will leave this here seeing I said to much about Stitches, Rags, and Riches already and again if you want any further information on the Kingsman I will have to sign off before there deckers find me; only advice is just avoid the Kingslayer, he is a Yates, a Sentinel and a Kingsman thats enough for me to have to change my drawers so good night and “I Choose Life“.

This is dedicated to all the warriors of the shadows who have fallen in the line of duty. RIP    Crazy Glue: Killed in the Jackals Lantern by an unknown assailant, Her Murder is still under investigation by SPD  Wallace: HRM member killed in the Scottish invasion of England. Rot in Hell Wallace  Tommy: Member of the Regulators recently killed by SPD    Grimm: Member and Leader of the now defunct Ministry, killed by SPD C-SWAT. During the Deaths Hand Invasion  Mr. Walter O'Neil (Sarge): Member of a group only referenced to as the Post Office, He was killed in … END_OF_DOCUMENT_TOKEN_TO_BE_REPLACED