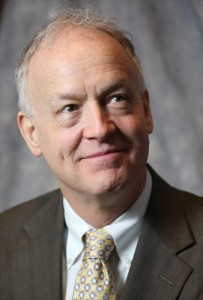 Bio: Demon well this General controls the rest of the Eastern Block that Oculus doesn’t and there territories do overlap and this is bad for the poor people that live in that region. Demon is like his namesake evil and he cares nothing for the citizens of his region, he cares only to terrorize and let the streets run red with blood. This man has no tolerance for weakness and loves to hear the cries of the people prior to there executions, and he does not believe in any of the camps like Oculus and other generals. This man has no prisons and no court system if you are caught committing a crime his standing orders are for your swift execution. This means any crime from shop lifting to murder gets you executed and he just loves how his people have taken to hearing the execution bell go off and flock to the various city centres or closest television set to watch the hanging, beheading by axe, impalement, crucifixion, crushing or burning alive. Yes he has turned a once care free modern city into a blood thirsty medieval village, the people just love the public executions and the Demon is happy to oblige there blood thirst.
Though like I said he enjoys when the streets run red with their blood and he does this by ordering the guard in his capital of Kiev to open fire on the crowds of people when the gather for festivals or just enter homes at random and pull people out to be gunned down in the street for zero reason. This makes the Demon happy and a happy demon means the people get more food, more jobs and a safer life. A unhappy Demon means more state sanctioned killings, brutal executions, and food shipments being deprived. The people have learned it’s best to keep the Demon happy and nothing angers him more than hearing about a uprising. Earlier this year in the spring of 2073 there was a small uprising and the Demon just sent his guards out to burn the crops, seize food supplies and blockade the city. He basically starved an entire city till it’s own people turned on the rebels, once the rebellion was quashed he opened the blockade and allowed food and safe drinking water into the city and rewarded the people for there good deeds with the executions of the rebellion leaders and there families. The people in his region get very nervous when they here the Demon might be upset and do anything to keep there capture happy. He has broken there will and resolve and has actually gotten the nations he controls people to revolt against any uprising that could stand to overthrow him and his regime.
The Demon keeps a very large force ready on the Russian boarder as a warning to the pesky Russians that any invasion will be meet with a bloody resistance. It seems the Russian government has got the message and even the Bear doesn’t want to poke the Demon or Oculus as both these men stand at the ready for when Alexander gives the order to engage the Russian boarder. At least we will never have to deal with the Demon here on UCAS soil since his objective is to keep Russia on it’s toes.

This is dedicated to all the warriors of the shadows who have fallen in the line of duty. RIP    Crazy Glue: Killed in the Jackals Lantern by an unknown assailant, Her Murder is still under investigation by SPD  Wallace: HRM member killed in the Scottish invasion of England. Rot in Hell Wallace  Tommy: Member of the Regulators recently killed by SPD    Grimm: Member and Leader of the now defunct Ministry, killed by SPD C-SWAT. During the Deaths Hand Invasion  Mr. Walter O'Neil (Sarge): Member of a group only referenced to as the Post Office, He was killed in … END_OF_DOCUMENT_TOKEN_TO_BE_REPLACED