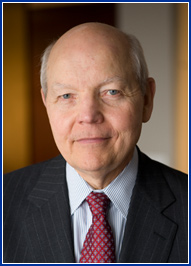 Weight: 170
Apparent Age: 60
Archetype: Mercenary
Preferred Weapon: Spass 22
Runner Song:
Bio: Saturn is a terror to behold, this man has served the Confederacy proudly since it’s its earliest beginnings. this man is a soldier to the deepest core of his being and war is all he has ever known. This man hails from Tennessee and has been selected to join the new elite force being put together, his loyalties to his state and to the cause are unbowed and he has spilled and shed plenty of blood in the name of Dixie to warrant such a prestigious invitation to this strike force. Saturn like many of his age can remember the dark days and the wounds of those nights are still very fresh in his heart and soul. He lost everything when the Ghost Dance accord, and when his state was torn asunder by the UCAS during the second Civil War, he fought with all his might and heart for the south and to be free of the Treaty of Denver. Though his family and home where trapped in the northern half of the state and that meant Saturn was forced to take up arms against his own kin and as well forgo his home and his life.
For Saturn this was the hardest decision a husband and father would ever half to make, but in his heart he knew what he had to do and that was fight for independence, and fight for his right to live free of the Treaty of Denver. He only hopped that his kin would see the light and join him in the southern half of the state. Sadly for Saturn this didn’t happen and he had to watch as brother killed brother, this didn’t sit well with him but a soldier he has always been and there cause was just. When the smoke cleared and the Confederacy was victorious over the UCAS he learned that his children were dead and his wife had left him to wed a native man. Saturn by this point had nothing left, he sunk everything he had into the SOTC and vowed to avenge the death of his children. He vowed that he would seek justice for a Civil War that never had to happen, if it were not for the Great Ghost Dance and the Treaty of Denver.
Saturn has been fighting ever since and was given a strange serum by Davis when age was getting the better of this hardened warrior, He was told that it would help him maintain his ability to shrug off the adverse affects of age and he would be able to fight like he was a young man again. This was true since Saturn should be in his eighties or older at this point and this soldier fights harder and better then any able bodied young man. Saturn has dedicated his life to the restoration of his state and the destruction of the Treaty of Denver. He wants to see the NAN pay a blood tribute for all the lives they stole, he understands history wronged the natives but in his eyes what they did far out wade what had been done to them. Saturn will keep fighting for justice and the restoration of his state, and for the restoration of the rest of America.

This is dedicated to all the warriors of the shadows who have fallen in the line of duty. RIP    Crazy Glue: Killed in the Jackals Lantern by an unknown assailant, Her Murder is still under investigation by SPD  Wallace: HRM member killed in the Scottish invasion of England. Rot in Hell Wallace  Tommy: Member of the Regulators recently killed by SPD    Grimm: Member and Leader of the now defunct Ministry, killed by SPD C-SWAT. During the Deaths Hand Invasion  Mr. Walter O'Neil (Sarge): Member of a group only referenced to as the Post Office, He was killed in … END_OF_DOCUMENT_TOKEN_TO_BE_REPLACED