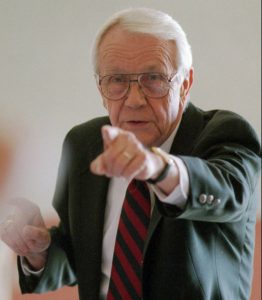 Bio: They call him Frontier but this man is better known simply as Terror and the pain he causes wherever he roams, for Edwin Park has been in action for quite some time and has paved a path of bloodshed and violence wherever he goes. This man is another old timer that was once a proud soldier of the US Army but those days are long gone and he know focuses his outrage on anyone that serves the UCAS. This man once served with the Devil Dogs and had a major impact during the Battle of Butte with his outlawed weapon of war, this man is a master of the Vulcan Ar-95 US-AS Combat Rotary Shotgun a weapon that can hurl a combination of armour piercing elk slugs and buck shot at a rate of 1,500 rounds per second and turn anything into mince meat. This weapon has been outlawed in warfare for ages and the sheer fact that Terror is a master of it should worry and concern all who are reading this.

Edwin Park wore the rank of Sargent Major of the Army and was one of the first platoon leaders to storm Butte Montana with his signature weapon belching death into the streets as the Devil Dogs stormed the UCAS held city. Engaging UCAS and Native soldier alike killing an entire squad within seconds of the first trigger pull, witnesses remember the sound of that Vulcan and how it sounded like a swarm of Banshee’s as it shredded flesh from the bone and left many soldiers without there heads.

This man and his squad of shotguners would be part of the reason the Devil Dogs would be able to seize control of the city quickly, seeing they simply didn’t care and marched through the streets unloading hot death in all directions and even well armoured and concealed troops would be cut to shreds as the buck shot tore through flesh and bone. Terror would simply lead his men to victory as the stormed the enemy forces with zero care for civilian casualties, now to be fair the UCAS  and NAN where hiding within the citizens and using the general population as cannon fodder, though two wrongs don’t make a right here……and Edwin Park would take full advantage of the chaos with a weapon that could bring a Great Western Dragon down.

After the conflict Edwin Park would be left behind to secure the city and take command of the now rebel held Butte Montana, though we all know that the Devil Dogs didn’t leave behind enough men and the UCAS would be able to regain control of the city later in 2018 though for Edwin his failings in holding the city would simply become his advantage as the Command Sargent Major would slip away into the shadows only to emerge with a new identity and new life. He would escape the executions of the captured rebels and murderers, he would simply be forgotten and begin his new career and life within Butte. This man known s Frontier would establish himself as the voice of the reconstruction and outspoken leader for the unification process; he would ally himself with his friend Nelson Rodger and the two would become a serious issue for the UCAS and NAN inside Montana as well a thorn driven deep into the ribs of the Loyalist Party.

How could someone so heartless do this you ask, well that is easy this man simply is a professional liar and carrier solider; he is callous to the bone and a psychopath, he doesn’t consider himself to be in the wrong and he doesn’t give a damn about who lives and who dies as long as Old World Blues prevails. So for him to change his clothing, name and face…..well all in a days work for this former Command Sargent Major of the Army. He took command of Nelson’s Grizzlies and opened his general goods store within the city limits to help the people and become just a shopkeeper within the neighbourhood called Park’s Place….a store that sold basically everything from home goods to hunting supplies and everything in between. This store would become the cities premiere location and draw customers from all over to partake in the old world shopping experience and attention to detail salesmen. From a luncheon counter to get a sandwich and a malt to full service men’s wear section with old fashioned tailors. Park’s Place had become the newest hot spot with Butte and all of Montana, well do to his connections to Edward Blackwood Park’s Place would as well cater to the more specialised customer as well………behind the scenes.

The locals would see good old Edwin Park as the kindly old grandfather that was 110% dedicated to his store, staff and the people; giving locals a line of credit, letting people slide on paying their tab if they came up short and making sure no one ever left hungry. He donated clothing to the local church and shelter to help the citizens dress for interviews and he was very active within his church rising to the status of elder session, being one step below the pastor within the church’s council. The stage was set for this career soldier to seize control once more, the six time divorcee would trick the public into believing he was a grieving widower having lost his beloved Susan of 50 years to the invasion……..Ya Nope, Edwin Park has been married 6 times and each marriage ended in divorce from being married to the Army.

Though in 2045 this would change and the six time divorcee would marry for the seventh when he would fall in love with a native women that worked for him Raven Reddy of the Blackfeet tribe. After months of courting and a short stint of dating they would be married on December 25th 2046 and he would father his first child with his new bride shortly there after with there son being born in October of 2047. This marriage and new child would further thrust Edwin directly into the public eye and the citizens would all gather to watch his wedding either in person or on the trideo as the beloved shopkeeper and widower had found love and amongst the racial tensions an Englishman and Native American where joining in holy matrimony; for Edwin the spokesman of unification this would earn him political points, though I can honestly say that Edwin truly loves his beloved Raven and this is not a marriage of convenience.

Well this would come with some perks for Edwin as he was now welcomed within the tribal lands and he was able to open trade with the Native Nations, he was as well able to gain trust and begin to train with the Native Rebels that would see Edwin as a perfect asset….little did they know that this was to be an unholy alliance as Edwin was already well versed in the native rebellion and had been trained by outcasts from the Wild Cats. He worked with the Grizzlies and commands a subsection of that force alongside his friend Nelson Rodger; the

This is dedicated to all the warriors of the shadows who have fallen in the line of duty. RIP    Crazy Glue: Killed in the Jackals Lantern by an unknown assailant, Her Murder is still under investigation by SPD  Wallace: HRM member killed in the Scottish invasion of England. Rot in Hell Wallace  Tommy: Member of the Regulators recently killed by SPD    Grimm: Member and Leader of the now defunct Ministry, killed by SPD C-SWAT. During the Deaths Hand Invasion  Mr. Walter O'Neil (Sarge): Member of a group only referenced to as the Post Office, He was killed in … END_OF_DOCUMENT_TOKEN_TO_BE_REPLACED