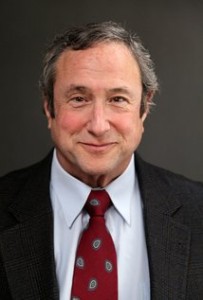 Weight: 145
Apparent Age: 50
Archetype: Physical Adept: Circle: Unknown
Preferred Weapon: Katana
Runner Song:
Bio: Well when it comes to the Krieghoff clan there is one man that can be a real thorn in the side of the law abiding citizen and keep the influence of this family strong. Proxy is the man that the family turns to when they need to lean heavily on a possible threat, this man was once a dedicated member of the Seattle Police Department before the hostile take over by the independent corporate security force Lone Star. One would think that an already dirty cop would blend beautifully with the corrupt Star, but in the early days of the Star they where cleaning house of any officer that wouldn’t play by their corporate rules and Proxy wouldn’t play ball. He looked to his father Mortimer for advice and he was told to just put in his papers and walk away, the family could benefit further from his skills once he was not tied down by the badge. This was the birth of Proxy and the people of the city now have to deal with this corrupt former officer that still has all his friends and contacts inside the department and with the Seattle Police Department back in power most of Proxy’s old friends are back on the job.
This man went from enforcing the law and protecting his family from the authorities on the inside, to becoming one of the best framers in the game, he has a vast forensic knowledge and can even create false DNA. Proxy is a master of staging a crime scene and planting incriminating evidence, and his fake scenes have sent more than a fair share of innocent citizens up the river to serve life in prison or even face the hangman’s noose. This is what Proxy does for the family now and he is paid very well for his skills, this man has fully traded his morales for credits and he doesn’t care one bit about the lives he ruins.
Proxy is as well one of the cleaner agents for the Krieghoff family, but this man does his cleaning less through direct confrontation and more through exploitation and extortion to make sure the victim plays ball. Most people will do anything to stay out of prison and since the death penalty has been reinstated, this fear has risen since the city has opened an express lane to the gallows and Proxy exploits this fear and forces people to play ball or stand in chains as the judge reads their guaranteed guilty verdict and passes sentence condemning them to death by hanging. Proxy gets paid either way, and if the target won’t play ball he is more then ready to take matters into his own hands. If they try to call Proxy’s bluff, death is the only certainty and with this families vast connections throughout the city, the body will never be found.
Proxy walks free and lives a typical suburban lifestyle with wife and children who are all involved in some manner of the family business and understand that to double cross the Krieghoffs will end with them vanishing. Though his daughter Sapphire not only has accepted her role in the family she has excelled and become triumphant. His wife as well has fully adapted and accepted her role in the family, though the rest of his children might be part of the family, they have not been fully exposed to the lifestyle and he uses subtle tactics to slowly groom them to enter the world at a latter point in life. Proxy understands that the younger generation needs to be firmly planted in various stations before strong arming them into the family business. This man plays criminal mastermind and suburban dad, this duel lifestyle he has become very accustomed to and this allows Proxy to blend into the shadows and just be one of the neighbours.
Now when it comes to his work in the early days, this man did take up arms against the invading natives and the formation of the UCAS, Proxy has gallons of blood on his hands and he walks through the valley of shadow and death with his head held high. He has zero fear and zero concern about being captured and exposed as the killer and fraud he really is. Since Proxy holds deep dark secrets on most people in a position of power and he also controls one of the largest prostitution rings in the city, with a client list that contains politicians, blue bloods, corporate executives, police officers and so on. He has even brought down and absorbed other gangs and criminal syndicates prostitution rings into his own, this man also has the Digger, Spade and Silencer on speed dial so keep this in mind. If the Krieghoffs aren’t scary enough, Proxy has some very serious allies that have no issues with wholesale slaughter and making people go missing.
Proxy is very much still in operation within Seattle and with the UCAS now in control this man will be once again fighting to make sure the UCAS comes crumbling down. It seems the Krieghoffs have an issue with the government cause they are the only ones brave enough to stand up to this family. Lets just hope that the people that Proxy has already manipulated can seek protection before he calls in his favours and unleashes a shadow war within the hallowed halls of Seattle’s political system. Be warned that Proxy is not a good man, and those summer barbecue’s might be more then just fresh ground round, and the secret is always in the sauce.
Page Written By: Shadow Writer

This is dedicated to all the warriors of the shadows who have fallen in the line of duty. RIP    Crazy Glue: Killed in the Jackals Lantern by an unknown assailant, Her Murder is still under investigation by SPD  Wallace: HRM member killed in the Scottish invasion of England. Rot in Hell Wallace  Tommy: Member of the Regulators recently killed by SPD    Grimm: Member and Leader of the now defunct Ministry, killed by SPD C-SWAT. During the Deaths Hand Invasion  Mr. Walter O'Neil (Sarge): Member of a group only referenced to as the Post Office, He was killed in … END_OF_DOCUMENT_TOKEN_TO_BE_REPLACED