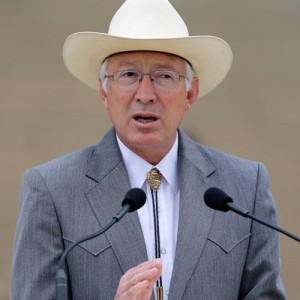 Bio: Long Horn is another one of those damned Sons, he is originally from Texas and is part of the Elite so his skills in combat must be grand if he is part of that group. Though he is part of the divided Tennessee division of the Sons. He is the General in command of that states chapter and he like, Gator is very angry of his states division and constantly assaults the UCAS boarder as a reminder that the Tennessee citizens will not sit ideally by and watch there state get destroyed and torn asunder by the cowards in the UCAS, Davis put this man in command of this boarder state knowing that as a Texan he will not stay silent and he will led the Sons to victory there against the UCAS. The Civil War is still raging in Long Horns state and the fighting doesn’t look like it will stop any time soon.
Long Horns abilities in combat are unmatched by most of what the UCAS can officially send at him, and what makes him scarier is that this Son is very vocal and his leadership abilities are well documented as he has been refereed to as the second coming of Robert E Lee and his men love him and he has the respect of many of the Sons even from outside of Tennessee, he has even gained the favour of a chapter in Kansas that are willing to face treason charges to fight for the Long Horn. Davis has also allowed the Long Horn to recruit a division of the Elite for Tennessee, it seems the states under conflict are upping the ante. Though I am not sure how Long Horn will deal with this since he is a Texan at heart and being a member of the Texas Elite he could very well be forced to make a hard decision in the coming days.

This is dedicated to all the warriors of the shadows who have fallen in the line of duty. RIP    Crazy Glue: Killed in the Jackals Lantern by an unknown assailant, Her Murder is still under investigation by SPD  Wallace: HRM member killed in the Scottish invasion of England. Rot in Hell Wallace  Tommy: Member of the Regulators recently killed by SPD    Grimm: Member and Leader of the now defunct Ministry, killed by SPD C-SWAT. During the Deaths Hand Invasion  Mr. Walter O'Neil (Sarge): Member of a group only referenced to as the Post Office, He was killed in … END_OF_DOCUMENT_TOKEN_TO_BE_REPLACED