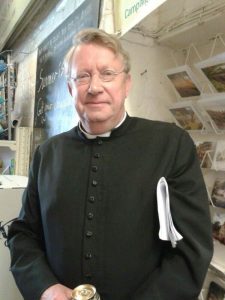 Bio: Rags is one of the most terrifying men to emerge from the shadows from Old Seattle and return to continue his bloody legacy in today’s tense environment that doesn’t need more men like him. He has been all over the world and has worked with the best in the world, so if you see Rags be very careful; he is a sweet old man that might have a heart of gold and give to charity and preach peace, but in reality this man has served within the Ghost Division and fought within the trenches against the Elven forces invading the United Kingdom and his sword has drank much blood through the years. Rags is also one of the original men to serve the British Royal family as a Kingsman yes this order is the older version of the Presidents men before the division in 1776. Though now the two agencies have reformed and work as one protecting the leaders of both England and America.

Rags might be an ordained member of the Church of England, but thats where his faith ends, this man is a cold blooded assassin of the crown and will remove anyone that the King deems needs to die, the other aspect is that Rags and the others of his order are needed to be the check and balance system if those in power over step their boundaries and this means the Kingsman are called into action to make the tyrant vanish. They either hand them over to the Guild of Hangman or they personally deal with the offender and they are never scene again. Rags is one of these men that fully enjoy their sworn position and take their oath very seriously. So for Rags he has the ultimate cover and no one will ever suspect a member of the clergy to be a licensed killer and one that holds superior skill and is one of the oldest of this order left.

Rags does do allot of travelling throughout the world for his job and can be found almost anywhere at any given time, he has a lifetime of skill and training under his cassock and he wields magic like a parlour magician deceives his guests. He has been blessed with the power of Stone Hedge and has been a member of the Order of the Pale Moon for generations and even has taught Avalon a thing or two about magic and is the buffer between the Pale Moon and the Order of the Cross as Benediction doesn’t wish to anger the Kingsman and become their next target so the Pale Moon is left to it’s own volition and ability to focus on there mystical studies knowing Rags is one of the only men willing to stand toe to toe with the Order of the Cross and as well willing to tell the Round Table where they can stick it.

This clergyman doesn’t work out of any church yet he does preach on Sundays to speak the gospel of Jesus Christ and help those less fortunate when he can, though he might have multiple charities and his own private ministry; but this doesn’t erase the fact that he is a trained assassin and breaks the commandments on a daily basis so his preaching is more hypocrisy on his behalf to attempt to clear his conscience and soul as he plays Priest. This shepherd is a wolf in sheep’s clothing and that sword he carries within his umbrella is something to fear, Rags is a master of the blade and a master trainer who is skilled in multiple combat styles and is a grand master of many to the point that he created his own special style that even Checkmate can’t stop. Rags has trained many of the Presidents men including their trainer Echo so again watch the hell out.

Blood follows Rags where ever he goes and death is always the outcome, he will kill his target than give them Last Rites before taking the body off to some forgotten dumping ground, anything else Rags might know is a mystery so tread lightly and do not engage this man, I have heard he can deflect incoming bullets with his umbrella and has dropped many a sniper with just a wave of his sword like that of Kaleidoscope his hands are no joke either. Rags is more than meets the eye and he is part of one the largest corporations in the world the Christian/Catholic church and he is not above pulling the strings he has access to. Even Gladius needs to worry if Rags deems him an enemy, lucky for the new Pope rags dislikes the Catholics just as much as he does and he has no love loss for the French, the Irish and the Elves, though he can over look his disdain for the Irish as long as they are from Northern Ireland and not elven.

Rags is back in action and that means the rest of the Kingsman are as well, Rags wouldn’t work alone and his order would come crawling like lemmings to their most elder member and their Grand Master. Rags has the power over life and death and he wields this power with great honour and nobody ever dares to question Father Segal’s authority even the supposed leader of the order Pendragon is cowed by Rags and bows to the true master of the Kingsman and even goes to Rags for advice and looks to him to help run the order. Rags never took the mantle of leadership because he prefers to wander and continue his work as an assassin for the crown and now he can work for the Presidents Men without conflict thus doubling his work load and the number of bodies that vanish in a single night. So just be on the lookout for Rags and if you here an elderly man praying in the shadows its far to late and you where not long for this world; and have made it on to Rags radar and hit list, many don’t stay on this list long and Father Segal doesn’t negotiate with targets, you can’t pay him off and you can’t engage him all you can do is perish as he prays for your soul before his blade pierces your heart and you gasp your last breath death already taken you before your brain knows the body is gone.

This is dedicated to all the warriors of the shadows who have fallen in the line of duty. RIP    Crazy Glue: Killed in the Jackals Lantern by an unknown assailant, Her Murder is still under investigation by SPD  Wallace: HRM member killed in the Scottish invasion of England. Rot in Hell Wallace  Tommy: Member of the Regulators recently killed by SPD    Grimm: Member and Leader of the now defunct Ministry, killed by SPD C-SWAT. During the Deaths Hand Invasion  Mr. Walter O'Neil (Sarge): Member of a group only referenced to as the Post Office, He was killed in … END_OF_DOCUMENT_TOKEN_TO_BE_REPLACED