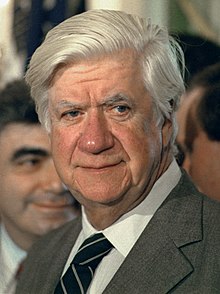 Bio: They call him Mr. President do to the fact that this man is a true snake in the grass and is always dressed to the nines regardless of the operation or location and he is normally flanked by other members of his squad or a few freelance youngsters looking to earn a quick buck. Though from what we do know about Mr. Little is that he was a politician before he entered the world of the shadows and he was left no other option after the events of the great tragedy of 2018 left him on many hit lists he was was forced to slip away from the Federal District and return to his home state of Washington and King County where he lived and the people he represented; only to find his home ransacked and his wife and children brutally murdered and his wife obviously tortured and gang raped before being cut open from her vagina to her throat.

Senator Little knew that this purge had come across the country at this point and he would have to rely on his former Army training to survive and enter the world of the shadows that he worked most of carrier to bring an end to criminal activity and make the streets safe again throughout the nation; he was the Chairman of the Judiciary Committee and led the charge for Criminal Reform but also was the spokesman for banning any form of weapon that was not single shot and as well he was the man that drove home the Federal Capital Punishment Act that would force all states to condemn their convicts that where locked up for life and he was also the man that signed into law the Deep Freeze Prison Program to save space and a well allow convicts to serve there full sentence and a sentence of 500 years would not be a death sentence and yet they would be frozen for their entire sentence and thawed out once it was completed. Well we all know that program was a disaster and what happened in Seattle with the Ice Chambers; though they are still in use in some parts of the nation and Senator Little is to blame for that.

He grew up in Seattle and lived basically a normal life, married his high school sweet heart, went to college, joined the Army and than eventually began raising a family and entering into politics with one day hoping to run for President. He was raised with high Christian moral standards and was sickened by how the country was falling apart at the seems and how his religion was being attacked at all angles and yet he was not allowed to speak out against the attacks for he was always told to turn the other cheek and it was not politically correct for a gentleman to speak ill of someone or something; though a man that felt like he had lost his voice would find it once he entered the political arena and would quickly become the Republican Senator for Washington State the first Republican to win Washington in decades and he would put away his soft spoken nature for one of authority and one of power. Sen Little would not stand quit during debates and he would quickly become one of the most feared and fiercest Senators in Washington since the time of Ted Kennedy and Robert Byrd; His aura of authority would quickly overtake many of his colleagues and he would be the pro facto leader of the Senate and the rules of the Congress would quickly be followed once he entered the Senate chamber; through his many terms he would sit on multiple committees, become the whip and eventually the Majority Leader till what would be his last term where he would step down and allow another of his colleagues to fill those shoes for at least one term.

This man was a man of action and law and he took his job as a lawmaker seriously and would never meet with any lobbyists they never made it past his secretary, he would only do what he thought was good for his state and the nation even if that made him a target for hatred and death threats from anyone who disagreed with Senator Little and let me tell you their where many of American Citizens that hated this man with a passion. His stance on immigration was one that got him nearly assassinated, his stance on abortion was just about as bad and yet for a Republican he had a strict stance on guns and wanted further regulations after watching to many children die at the hands of a madman with a powerful riffle or pistol and this would put him at odds with his own party and after his third assassination attempt he would continue to drive home the need for more regulation; Senator Little even went to the Senate Floor the day after being shot in the shoulder and filibustered for gun regulation for 49 hours only to loose out during the vote. So for a man that was so strict on guns and crime to enter the shadows and become what he hated most would be a shock to his system yet he needed to do whatever was needed to survive during those days of chaos.

He knew he had assassins after him and he knew that he was not the most popular man with the minorities and women do to his political and religious stances, but he would become enraged when he saw what happened to his wife and children not to mention finding out his entire family was assassinated to send a message to Little and for the first time in his life he would see red and his mind would break from the trauma and soon through the PTSD Senator Little would fade away and we would learn of Mr. President as he would raise Old Glory and take to the shadows as well the revolution fighting alongside some of the now legends of the streets and becoming friends with others that had been affected like him. He would learn that these killers and criminals didn’t care about his past and he would also learn just how easy it was to get illegal firearms and how his laws if passed would only hurt the citizens and not the criminals. As I said earlier this was a time of chaos and many documents and files would be lost, many people would die or go into hiding and with the information crash of 29′ Mr. President would become nothing but a fleeting memory of the age; yes he classifies as a founding father but do to lack of definitive information and documentation we would only learn about him once again after he joined up with Mr. Fixer and would become one of the Forsaken, and even then he would remain basically on the down low and only vague rumours of him would surface with zero confirming evidence it would be quickly ignored and Mr. President would learn just how easy the life of a criminal and runner would be; though he would also learn that it came with deep consequences and all those laws he fought to put on the books would now come back to bite him as he was now a wanted man and he could fully understand why a runner would rather die in a hail of gunfire than get arrested.

Now we look at today and the return of the Forsaken and the return of Mr. President who in my opinion never really went away, he just became better at hiding in plain sight. He like the rest of his brothers in arms have returned to Old Seattle a home they never forgot about and with multiple death sentences awaiting him if captured Mr. President is back to his old tricks and still able to avoid the cameras eye when in action; but when not in action Mr. President is not hard to miss as he is one true class act and still the same old politician he has always been, we can also confirm that he is back within the world of politics and has been inside the Seattle Congress the good old wave maker is up to his old tricks and even as a wanted man he is allowed to sit amongst the law makers and create new laws and push forward law that only benefit the runners and rebels; it was also discovered that Mr. President is one of those within the Bounty Hunters Guild and Executioners Guild and this can explain why Mr. President is still a free man also not to mention his brother is within the Wolf Pack and Seattle Police Department.

I do give the best to Mr. President and I feel for what he went through all those years ago and can fully understand why he would never fly the UCAS (United Canadian American States) flag and salute it the way he would Old Glory; though I can not condone the actions he would take after even though the Forsaken have become a cog in the wheel of history, though Mr. President is as well part of two orders that are not known for their equality and fairness to the people they target. This is just my opinion and thats all if Mr. President was once a man of honour that has long since been traded for credits after joining the Bounty Hunters and Executioners; he sold his soul for credits and this might just be a side affect of him never seeking help to recover from his PTSD and than adding decades more trauma to his already fragile mind. Mr. President if you wish to reach out to me and explain your actions and why you joined those guilds please give me a call at            206-555-2356 and I will keep your call confidential and only report what you allow me too, If you need legal advice call me as well and I can help you find away out of your situation and maybe return to a life outside of the world of the shadows; either way Senator Little I tip my hat to you and thank you for your service to your country as Captain in the Army and United States Senator, but please Mr. President remember the oath you took when you where sworn into office all those years ago.

This is dedicated to all the warriors of the shadows who have fallen in the line of duty. RIP    Crazy Glue: Killed in the Jackals Lantern by an unknown assailant, Her Murder is still under investigation by SPD  Wallace: HRM member killed in the Scottish invasion of England. Rot in Hell Wallace  Tommy: Member of the Regulators recently killed by SPD    Grimm: Member and Leader of the now defunct Ministry, killed by SPD C-SWAT. During the Deaths Hand Invasion  Mr. Walter O'Neil (Sarge): Member of a group only referenced to as the Post Office, He was killed in … END_OF_DOCUMENT_TOKEN_TO_BE_REPLACED