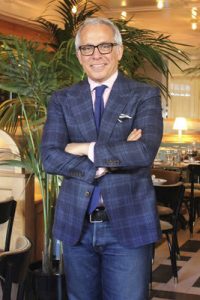 Bio: Well where to start on the Bogeyman, and yes he really is the bogeyman of the CAS. This man has been with the Sons from the time he could walk, and trained in combat, stealth, hunting and survival from those days as well. It is said when he was a child he was left alone in the Appellation Mountains and forced to survive on his own for years. Well that’s a rumour and legend, what we do know is this man is a true hunter and master of the wilds, he was given a small band of men during the war and he would systematically cut apart the enemy platoons with no sound he would use the cover of night and booby-traps to attack. This began the legend of the Bogeyman and sometimes just the mentioning of his name would cause a platoon to break down and crush there morale. Once people started vanishing from patrols or winding up dead in there bags or bunks an entire platoon would begin to completely shatter and there leaders would have to deal with cowardice and insubordination witch would lead to there officers having to execute there own men, and creating a rift in the platoon and the Bogeyman’s work was done. The platoon would implode and be cut to shreds by the CAS forces or the Sons of the True Confederacy.
Bogeyman didn’t stop working once the war was over, he just moved further into the shadows as the Sons chosen one. Davis would send the Bogeyman into neighbourhoods to strike fear in there hearts, he would send Bogeyman in to enemy territory to keep the legend alive, Bogey is not a mindless killer he is a well planed and well thought out hunter. His killings are never the same, though they are always at night, when you are alone or in a small group, he moves like the wind and strikes like a spider. If the Bogeyman has been sent out after you, well say your prayers and get your affairs in order. No one ever survived a Bogeyman encounter so his skills are unknown, we only assume that this is his face. Other than that, it’s your guess about what the Bogeyman is. I do know I am scared of this Son the most.

This is dedicated to all the warriors of the shadows who have fallen in the line of duty. RIP    Crazy Glue: Killed in the Jackals Lantern by an unknown assailant, Her Murder is still under investigation by SPD  Wallace: HRM member killed in the Scottish invasion of England. Rot in Hell Wallace  Tommy: Member of the Regulators recently killed by SPD    Grimm: Member and Leader of the now defunct Ministry, killed by SPD C-SWAT. During the Deaths Hand Invasion  Mr. Walter O'Neil (Sarge): Member of a group only referenced to as the Post Office, He was killed in … END_OF_DOCUMENT_TOKEN_TO_BE_REPLACED