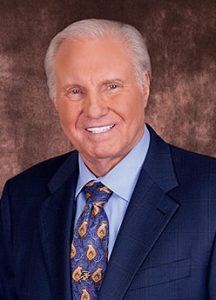 Bio: This man is another CAS native who has made his way north to avoid arrest in his home country. He is a very charismatic and charming man so be careful it seem to a pattern with these southern runners. This man in no southern gentlemen, he is a two faced bastard. He is a Southern Evangelical Minister by day and a murdering raciest by night. This man leads a crusade against the sixth world and those with coloured skin, trolls, orcs and elves as he considers them to be the devils children. He uses his televised ministry to promote and persuade his flock to believing the same. He is not only successful in this, he gets them to send him millions of credits a year to help fund his crusade. Sadly the only thing there funding, is his personal crusade and lining the pockets of the Dragon.
The CAS government has finally woke up and issued a warrant for his arrest and when the raided his church he had already fled the country. Dixie like the Dragon has thousands of hate mongers at his beckon call and is part of the terrorist cell known as Sons of the True Confederacy, so he is well trained and well out footed so be very careful when trying to apprehend this man. He is to be considered extremely dangerous and always armed,
His televised ministry is still on the air and be broadcast into the UCAS, CAS, NAN, and CFS and federal deckers are lost in trying to track where the signal is coming from. Please be warned he is very charismatic and charming, this man can actually twist your mind and brain wash you into seeing things his way.
He is responsible for many murders, and the destruction of many magical academies and his people are to blame for the bombings at the Dallas Metahuman Rights offices and the assassination of Civil Rights leader Dennis Schwartz before he was to testify before the joint CAS, UCAS senate comity on meta and human civil rights.
This man goes by the street names of Senior and Dixie so just be on the look out for him and be warned he is never alone and has been trained by the Sons of the True Confederacy and KKK in combat.

This is dedicated to all the warriors of the shadows who have fallen in the line of duty. RIP    Crazy Glue: Killed in the Jackals Lantern by an unknown assailant, Her Murder is still under investigation by SPD  Wallace: HRM member killed in the Scottish invasion of England. Rot in Hell Wallace  Tommy: Member of the Regulators recently killed by SPD    Grimm: Member and Leader of the now defunct Ministry, killed by SPD C-SWAT. During the Deaths Hand Invasion  Mr. Walter O'Neil (Sarge): Member of a group only referenced to as the Post Office, He was killed in … END_OF_DOCUMENT_TOKEN_TO_BE_REPLACED