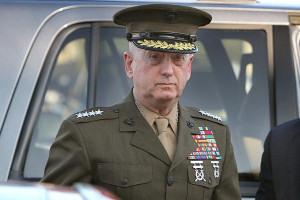 Bio: Well when it comes to Clover, well this man is just one angry son of a bitch, he originally hails from Ireland now the proper Tir Na Nog and came to the UCAS as a political refugee. Once state side, he quickly joined the Army and rose through the ranks fast, he offered the skills he learned in the Nog to the UCAS and was quickly spotted by James O’Brien and the two men quickly became friends and Clovers promotions came fast after that. Not sure what he did as a runner since O’Brien magic was cast upon his records but it must not have been good.
I know clover has no love loss for our elven friends and has been rumoured to send elves on suicide missions, again I have no way to prove it. I am just reporting what people have told me. Clover is a registered mercenary, I guess he only works for the UCAS on missions that don’t exist. So this man can dance on the battlefield with the best of them and as well in the political arena as well. I can only assume he has either HRM or Deaths Hand connections since he is from the Nog and has spent time in Europe. This Clover might be a bad seed in our military if that’s the case, though I am only speculating here.
I do know this man is highly trained and skilled in combat and is not to be taken with a grain of salt, he is a brilliant in military science and can alter any plan at the drop of a hat. I do hope Clover is on our side and not a two faced bastard.

This is dedicated to all the warriors of the shadows who have fallen in the line of duty. RIP    Crazy Glue: Killed in the Jackals Lantern by an unknown assailant, Her Murder is still under investigation by SPD  Wallace: HRM member killed in the Scottish invasion of England. Rot in Hell Wallace  Tommy: Member of the Regulators recently killed by SPD    Grimm: Member and Leader of the now defunct Ministry, killed by SPD C-SWAT. During the Deaths Hand Invasion  Mr. Walter O'Neil (Sarge): Member of a group only referenced to as the Post Office, He was killed in … END_OF_DOCUMENT_TOKEN_TO_BE_REPLACED