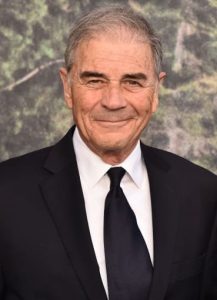 Bio: Well when is referred to as simply Fallout this should frighten anyone with any sense in their body, and when it comes to this old mercenary that sense would ring true. Fallout is a man that should be feared wherever he deems to roam and for damned good reason, this man is a legend in the art of war and there are some secrets he took with him when Fallout retired from active service back in September of 2017. Fallout was a career soldier that served the United States Army and was in command of the joint special forces division, he was as well in charge of our homeland security for over a decade before he was replaced by one of the O’Brian family members. Fallouts illustrious career was ended when he wouldn’t play ball during the silencing of his fellow Americans during the rise of the False Flag, he was given two options retirement or court marshal, Fallout choose to end his career with his pension intact and just retire to his home in Michigan and just spend the remaining days fishing on Lake Michigan. Though for this old soldier his plans for a peaceful retirement would go up in smoke, when the False Flag would decide that he was not allowed to just retire in piece sending well trained special operators after him to make sure Fallout would pass away silently into the night like all good soldiers do.

This is dedicated to all the warriors of the shadows who have fallen in the line of duty. RIP    Crazy Glue: Killed in the Jackals Lantern by an unknown assailant, Her Murder is still under investigation by SPD  Wallace: HRM member killed in the Scottish invasion of England. Rot in Hell Wallace  Tommy: Member of the Regulators recently killed by SPD    Grimm: Member and Leader of the now defunct Ministry, killed by SPD C-SWAT. During the Deaths Hand Invasion  Mr. Walter O'Neil (Sarge): Member of a group only referenced to as the Post Office, He was killed in … END_OF_DOCUMENT_TOKEN_TO_BE_REPLACED