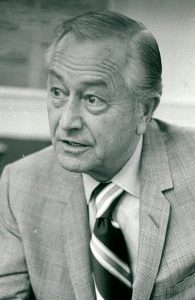 Bio: Well if Harvest being back in town doesn’t scare you seeing he comes with the mighty Death Bringer this man should scare the shit out of you; Handler is the Beasts baby brother and yes I mean he is a McKeen and a Jamestown through bloodline and marriage so much so that he is allowed to directly use their surname without having to have it added before their true surname or use it a a middle name. Zombie as they call him as well is a pure monster with no heart and no soul he is all business all the time and can normally be found lurking around his big brother and mentor. Though for the Handler work always comes first and seeing as his big brother is the Godfather of the Jamestown family it’s his word that is law and Zombie is his right hand man, the man that everyone see’s but no one see’s coming unlike his left that no one ever see’s in Harvest; either of these men alone are a serious threat but add an unlimited budget, training facilities, industrial complexes and manufacturing locations that rival the Deaths Hand and you have a crime family that is more military than mob.

The Handler is just like Harvest and comes with back up though who that is…..we have no idea and if the Death Bringer is the back up for Harvest I can only imagine who tags along with the Handler and this should scare every citizen within the United Canadian American States (UCAS); the Jamestowns and Krieghoffs have been the financial backing for many a decade to this legendary team of runners and many of their family can be found inside the active roster seeing the Mariners have returned to action. The Jamestowns have always had their hands in the war and don’t give two fucks about who dies in the process just as long as they get paid and the UCAS burn to the ground, this family finds it roots in the Confederacy but many of their ranking members are within the Freedom Patriots go figure; this furthers the connection between Kingsbury and Davis; they as well have their hands deep within the government they hate with every fibber of their being. This means that the Jamestowns have been dismantling the UCAS from the inside for many a decade and as keeping the machine of war churning to line their pockets with blood money.

This man does whatever his Godfather says so this can be basically anything and seeing we only just learned that Judge McKeen aka the Beast is actually the Godfather and a runner a handful of weeks ago; who knows how deep the Jamestown corruption goes and how long they have been playing real life war games with our sons and daughters as their chess pieces and their blood as their profit margin. Just writing this article I have already signed my death warrant and soon Colonel Puck will be here to collect I just hope it’s as a bounty hunter and not a hangman seeing my family doesn’t have the money to pay their outrageous fee’s but I feel that people need to know the dangers of the Jamestowns and the danger they bring with some of their top hunters and game players returning to action. Normally the Jamestowns are very much behind the scenes but they are not afraid to dirty their hands and they have people like Harvest and Handler to do that job for them.

The entire Jamestown family are wanted felons and many face the death sentence for their crimes but it seems no one can touch them and they just slide through the legal system and seeing their connections to the Krieghoff’s and the Mariners as well the Bounty Hunters Guild and Brotherhood….don’t forget the Cajuns nobody dares cast a guilty verdict down on any Jamestown and many law enforcement would rather be terminated than slap the cuffs on a Jamestown; we know that even our former Deputy Commissioner Anthony DiCane was using both Krieghoff and Jamestown security forces to protect his ill gotten home deep in Krieghoff territory of Lynnwood. The Jamestowns are not a family to trifle with as they have many contacts in very high places and they can with a single phone call bring down any corporation and barricade any city that doesn’t play along with their intentions and starve them out or even force a drought and pollute the drinking water with high levels of radiation dust so the people die a very slow painful death.

The Jamestowns are more on the Patriots form of thought and that being throw the Natives back into the reservations, build a huge wall lock the gate and throw away the key after of course making damned certain that any magical native is dealt with; they also want to see the elven population each the number ZERO and they pay very high illegal bounties for elven victims; also the Jamestowns never want to deal with prisoners they don’t wan the liability of escape and under the direct order of the Beast anyone captured by a Jamestown or Krieghoff must execute the surrendered and let Dumpster, Witcher, Mad Dog and Anaconda have the bodies to be properly disposed of and the Mariners bank accounts feel the weight of the Jamestown Blood Money; for that team of mostly street rats they don’t care seeing that morals on the streets will get you killed and they have watched many of their friends die do to accepting surrender.

Well in closing, I need to keep these reports short and sweet or Col. Puck will definitely catch me or worse the Death Bringer; being a reporter these days is not a safe profession and we are hated by most people who call us the false news, though when it comes to the Handler this man helped design the training program for cleaners and erasers that Harvest worked on; he has been scene using basically any weapon and is a master gunfighter and swordsman, he moves within the shadows and can become a living shadow if needed. He is the Handler for a reason this man like  Harvest is even more dangerous with his phone and can bring almost anything to a grinding halt with a single phone call; this man is a Jamestown and they never do anything without a reason and for that he is not to trusted.

PAGE WRITTEN BY: I CHOOSE LIFE!!

<<<You can run little piggy, but you cant hide from the big bad wolf!>>>

This is dedicated to all the warriors of the shadows who have fallen in the line of duty. RIP    Crazy Glue: Killed in the Jackals Lantern by an unknown assailant, Her Murder is still under investigation by SPD  Wallace: HRM member killed in the Scottish invasion of England. Rot in Hell Wallace  Tommy: Member of the Regulators recently killed by SPD    Grimm: Member and Leader of the now defunct Ministry, killed by SPD C-SWAT. During the Deaths Hand Invasion  Mr. Walter O'Neil (Sarge): Member of a group only referenced to as the Post Office, He was killed in … END_OF_DOCUMENT_TOKEN_TO_BE_REPLACED