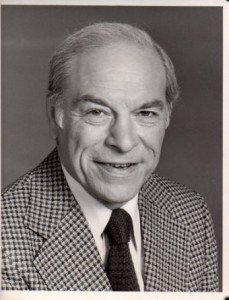 Bio: This man is as old as dirt and has been running the shadows from coast to coast for as long as I can remember and his records get sketchy after the Ghost Dance, the Mathematician is cold, calculating and callus. This man at one point was a college professor at Berkeley in New York and as well he taught in Las Vegas, this is where he came across the gruesome bloody days and was forced to make a change in his personality. Now from what I uncovered about this man, that wasn’t a large leap since he was already a suspect in a handful of suspicious murders in New York. This is why he up and relocated in Nevada and set up shop in Las Vegas. Not long after his arrival in the mid west the native attacks commenced and this man watched in horror as the city around him erupted into a war zone, many of the people around him vaporised from the initial magical assault and then soldiers took to the streets and all hell broke loose. For the Mathematician this was a blessing in disguise, his records vanished and he was assumed dead this allowed him to aid those on the streets with his scientific know how and his mastery of creating explosives and using the inane to create very deadly weapons and traps.

The Mathematician at first was fighting for survival and fighting to protect the place he now called home, but when he got word from his elderly father back in New York about the death of his children, his mother and his siblings at the hands of the natives magic and onslaughts. This became personal and the Mathematician never one to feel much in the way of emotion was filled with anger and frustration. He unlike others focused this emotion and what would emerge would be one of the most feared assassins to date. This man used his know how and would strike from the shadows like a mountain lion, he would inject his target with black powder and then bang. he would also strike with a modified cougar fine blade and diving knife that would force compressed air into the target and leave a very large mess.
This man used chemicals to aid him in his strikes, but mostly black powder and other topical agents that if injected would become debilitating to the target. He used basically any weapon he could dig up during those days, and lets just say this man became a legend with using improvised weapons and his favourite became the power drill, for obvious reasons. Though as the days turned to months and months to years this man began to focus and become less of a random killer and more of a specialized killer for higher. Once the fighting settled down he made yet another life altering decision and became a professional assassin and through his glove into the world of the shadows. He would kill anyone he was paid to kill, though he would never take a contract from a native, this man no longer cared about the fight and the loss of his home though the deaths of his family kept him focused and moving forward.
The Mathematician till earlier this year had never operated in side Seattle as a runner and there are no reports of his style of kills open in the coroners office. This man still uses those inane and obscure improvised weapons, though he has added to his arsenal over the years . He still uses black powder for way more than it should ever be used for, and he does have a power celled dikoted diamond tipped power drill. Everything to this man is a cold calculation and even with how he kills comes from extensive study of his target, this is one assassin that is not a rampaging maniac this man is cold, precise, calculating and it is most certain that death will become his target.

This is dedicated to all the warriors of the shadows who have fallen in the line of duty. RIP    Crazy Glue: Killed in the Jackals Lantern by an unknown assailant, Her Murder is still under investigation by SPD  Wallace: HRM member killed in the Scottish invasion of England. Rot in Hell Wallace  Tommy: Member of the Regulators recently killed by SPD    Grimm: Member and Leader of the now defunct Ministry, killed by SPD C-SWAT. During the Deaths Hand Invasion  Mr. Walter O'Neil (Sarge): Member of a group only referenced to as the Post Office, He was killed in … END_OF_DOCUMENT_TOKEN_TO_BE_REPLACED