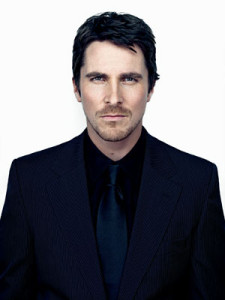 Bio: The Wizard is a master hermetic that once ruled the back streets of Detroit till he was arrested and brought up on a variety of charges including murder, shadowrunning, and violation of Article 16. This runner faced the death penalty if he was found guilty and since he was caught red handed, his case was a slam dunk for prosecutors. The Wizard was given a one time opportunity to avoid the needle and that was to enter the Runner Rehabilitation Program in the Federal District, the Wizard dove at the chance and has since become a valuable asset to the UCAS.
Since his completion of the program the Wizard has worked for the UCAS as a federal investigator and has solved some of the most nefarious of crimes and has brought to justice many traitors and enemies of the UCAS. Though for the Wizard he is still on the trail of a few of the worst offenders of magical crime, the nefarious Ringmaster, Arctic, Showman and Merlin. After Bolts sudden departure from the Urban Strike Division the Wizards name jumped to the top of the list for his replacement, and when given the opportunity to join Urban Strike he dove at the chance.
The Wizard is now the new hermetic magi of Urban Strike, he has some very big shoes to fill, but this magi is always up for a challenge. The Wizard brings fresh eyes to Urban Strike and his loyalty is unshakeable, he cant stomach to think what the country would be like under the control of the Sons of Liberty, and will give his life to prevent that from ever happening.
Page Written By: Shadow Writer

This is dedicated to all the warriors of the shadows who have fallen in the line of duty. RIP    Crazy Glue: Killed in the Jackals Lantern by an unknown assailant, Her Murder is still under investigation by SPD  Wallace: HRM member killed in the Scottish invasion of England. Rot in Hell Wallace  Tommy: Member of the Regulators recently killed by SPD    Grimm: Member and Leader of the now defunct Ministry, killed by SPD C-SWAT. During the Deaths Hand Invasion  Mr. Walter O'Neil (Sarge): Member of a group only referenced to as the Post Office, He was killed in … END_OF_DOCUMENT_TOKEN_TO_BE_REPLACED