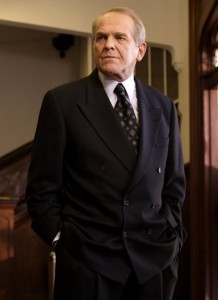 Bio: Spade is another one of those dreaded originals, this man is vicious and just down right in humane. No one was safe from his wrath and he would take basically any contract that was put before him. Spade is less a mercenary and more of a hit man. He would work for various crime families and even some governments sending that unfortunate message to those that angered his employers. The reason why I have him listed as a mercenary is that he is very professional in appearance and actions. His code of conduct is very loose, and like I said no-one is safe from his target list, even children are in this man’s sights. He killed a number of children to infants in front of there parents to send a message. He would also then shot the parent in there groin to nullify any further reproduction so his victims would loose there kin and then be rendered sterile in the same day.
Lone Star and SPD are hot to get this man, as no likes a child killer, though it appears his fellow originals seem to enjoy this man’s company, as he worked personally with Seven, Fable, Silencer, Tracer and Gremlin on a number of occasions. Spade is heartless and went underground in the mid 2050’s  after the next generation of runners emerged. Though his legacy has lived on and the fear of this man is still all to real. Spade was reported to have trained legend Mikey in the art of broad daylight killing, He also warned Mikey about the winds of change and that he needs to walk away from the shadows to make room for the following generation. I can only imagine the skill of Spade, if he trained the legend Mikey.
As of recent Spade has emerged from the underground and has been seen talking with old friends Gremlin,Fable and Tracer. One can only wonder what this man is up too now and why he has re-entered the shadows after all these years. I only hope that his sights are not set on the legends.

This is dedicated to all the warriors of the shadows who have fallen in the line of duty. RIP    Crazy Glue: Killed in the Jackals Lantern by an unknown assailant, Her Murder is still under investigation by SPD  Wallace: HRM member killed in the Scottish invasion of England. Rot in Hell Wallace  Tommy: Member of the Regulators recently killed by SPD    Grimm: Member and Leader of the now defunct Ministry, killed by SPD C-SWAT. During the Deaths Hand Invasion  Mr. Walter O'Neil (Sarge): Member of a group only referenced to as the Post Office, He was killed in … END_OF_DOCUMENT_TOKEN_TO_BE_REPLACED