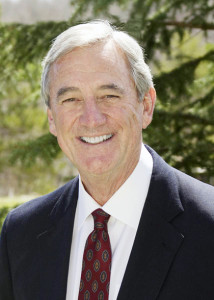 Weight: 160
Apparent Age: 65
Archetype: Mercenary Adept: Circle: Unknown
Preferred Weapon: DAOD Pistol
Runner Song:
Bio: Well it has come to my attention that the HRM have yet another very dangerous and evil madman within their ranks. They have the man known as Stonewall working for them, and this killer has been within their ranks for years silently removing the elven people from their homes and lives all throughout Europe and even here in North America. Stonewall has been operating deep undercover for years, so much so that he has been mistaken for a Deaths Hand member by the Worlds Court. Though the distinction between the two agencies is a very fine one and the line gets crossed often, for this assassin his work is brutal and quick. He uses demolitions and his vast knowledge of structural engineering to end the lives of his personal enemy the elven race. This man as well owns and operates one of the largest demolition companies in Europe and you can see where this is going.
With Stonewalls political and corporate connections and his vast wealth and influence he is able to gain contracts on homes and buildings to demolish that aren’t in violation. He then uses a noxious sleep gas to render his victims dormant an then either through explosives or a old fashioned wreaking ball and bulldozer he does the dirty deed. What’s worse is that he stakes a claim of ownership over the home, property and belongings inside and when the bodies turn up he victimizes them once again branding them squatters freeing himself of legal action. Anyone who has ever questioned Stonewall has vanished and has never been seen again.
This man has moved freely for years through Europe and North America killing elves and stealing their homes, this man has murdered more innocent people then we can even keep track off through the years. Leave it to the HRM to find a willing subject with great wealth and power who is more then willing to exploit and oppress entire group of people do to their race. The Stonewall is not all political and influence this man has it where it counts as well in the combat department, he is a fierce combatant that is highly specialised in the use of firearms and with him being a physical adept he has focused that training even further.
According to the Tir government Stonewall has stolen a piece of there priceless palace that is connected to one of the powerful laylines that flow across their homeland. Thus allowing Stonewall to harness the powers of there elite Path of The Warrior Adepts without being an elf or within the Tir, the government is powerless to strike him with ritual magic do to this and also fears that if Stonewall figured this out, he will share this with his HRM or Deaths Hand allies. Though as of today, there are no other artefacts out their like the one Stonewall wears, and for the Tir government this is a good thing.
Stonewall can be just about any where so be on the lookout for this man, he is a vast world traveller and doesn’t fear being arrested or accosted do to his connections. This man will use any tactic needed to help further the genocide of the elven race, he won’t stop till either he is dead or the last elf has been eradicated from the earth. With the death of Neo and Scorpion during the Battle of Fort Lewis, the HRM seems to be even more active and taking a personal interest in the goings on within the United Canadian American States so be prepared for Stonewall to show his ugly mug soon. The HRM has a dangerous and deadly warrior here, and this one is a wild card as we here in the UCAS have never seen this man work though if it’s anything like his legend I am concerned.
Page Written By: Shadow Writer

This is dedicated to all the warriors of the shadows who have fallen in the line of duty. RIP    Crazy Glue: Killed in the Jackals Lantern by an unknown assailant, Her Murder is still under investigation by SPD  Wallace: HRM member killed in the Scottish invasion of England. Rot in Hell Wallace  Tommy: Member of the Regulators recently killed by SPD    Grimm: Member and Leader of the now defunct Ministry, killed by SPD C-SWAT. During the Deaths Hand Invasion  Mr. Walter O'Neil (Sarge): Member of a group only referenced to as the Post Office, He was killed in … END_OF_DOCUMENT_TOKEN_TO_BE_REPLACED