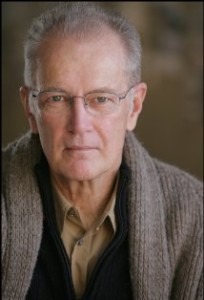 Bio: Well when suburbia meets metal you can count on one thing and that Holiday is near by, this runner has taken to the simple life of the suburban world and he seems to be enjoying himself. Though don’t be fooled this man is a true urban predator and he is not the simple dad from next door, going to PTA meetings and barbecuing in the back yard. Holiday does barbecue though it’s people with a flame thrower and this dad does not work during the day, no he has a night job that puts him directly into the think of the fight each and every night. Holiday tucks his kids in and then leaves for an evening of drinking, killing and making more money in a single night than any account executive could ever imagine.
This runner is one of the true problems and he does not give a rats ass about anyone other then maybe his family and that is arguable but I won’t be debating anything with Holiday. I like breathing and want to remain among the living thank you, this man has used the war to his advantage and has become very rich fighting against the threats that have emerged on the street ever since the battle of Seattle and he especially loves cooking various gangers that think they are better then a true street samurai, and when I say cook I mean it, his normal method of killing is from the napalm thrower he wields and lets just say his victims are begging for a swift death.
Holiday is from the lost generation between next generation and new breed so this means he has earned his stripes and has earned the respect of the streets, this killer was out of town when the shit hit the fan in Seattle and has only recently returned. Though in the short few weeks of his return Holiday has reclaimed his crown in the city as the go to guy for a samurai. How he manages to keep his double like separate is not clear, though on can think the threat of being cooked alive is enough deterrent for any would be assailant.
Holiday has obviously chosen his side in the war and has sided with the city and the mayor, being a Seattle native I can’t blame him. Though for the poor folks that are considered the enemy of the state I would invest in some flame retardant and remember napalm is sticky and once its on you, well your fucked. Holidays signature flame thrower is of unknown origin and never seems to run out of damned napalm, oh another word of warning Holiday will not think twice about torching a car or building to drive his targets out or cook them alive in a burning building or car.
I am mentioning burning alive allot when I talk about Holiday and thats for damned good reason, he is a master arson and enjoys the sounds and scents of burning flesh, he will not loose any sleep over the bodies he lives behind and nor will anyone ever be able to identify his victims so do yourself a favour and steer clear of Holiday when you see him on the street. Also keep this in mind, Holiday wearing combat gear and Holiday wearing suburban dad cloths is the same damned Holiday, he is always armed and he is always ready to fight and this is one lion you never want to endanger his cubs or lets just say I hope your smoke detectors are in working order.
Page Written By: Shadow Writer

This is dedicated to all the warriors of the shadows who have fallen in the line of duty. RIP    Crazy Glue: Killed in the Jackals Lantern by an unknown assailant, Her Murder is still under investigation by SPD  Wallace: HRM member killed in the Scottish invasion of England. Rot in Hell Wallace  Tommy: Member of the Regulators recently killed by SPD    Grimm: Member and Leader of the now defunct Ministry, killed by SPD C-SWAT. During the Deaths Hand Invasion  Mr. Walter O'Neil (Sarge): Member of a group only referenced to as the Post Office, He was killed in … END_OF_DOCUMENT_TOKEN_TO_BE_REPLACED