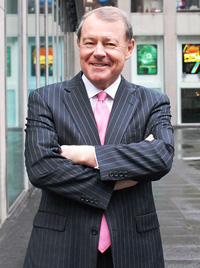 Bio: This man is another of the days long gone, he was once a proud journalist and reporter of the truth. He lived comfortable life in the suburbs just outside DC where he worked at a major network new station as an anchor. He lived a simple life with his family and extended family, he was active in the community, his Church and in his children’s lives and these simple life would garner this man the skills he would eventually need to survive the tragedies to come.

This is dedicated to all the warriors of the shadows who have fallen in the line of duty. RIP    Crazy Glue: Killed in the Jackals Lantern by an unknown assailant, Her Murder is still under investigation by SPD  Wallace: HRM member killed in the Scottish invasion of England. Rot in Hell Wallace  Tommy: Member of the Regulators recently killed by SPD    Grimm: Member and Leader of the now defunct Ministry, killed by SPD C-SWAT. During the Deaths Hand Invasion  Mr. Walter O'Neil (Sarge): Member of a group only referenced to as the Post Office, He was killed in … END_OF_DOCUMENT_TOKEN_TO_BE_REPLACED