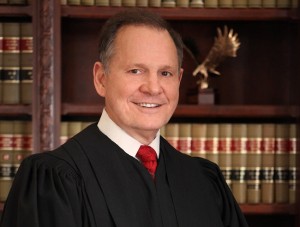 Weight: 165
Apparent Age: 45
Archetype: Judge
Preferred Weapon: n/a
Runner Song: n/a
Bio: Judge Rodger Warren is a hard ass Judge, this man is old school and he has no care for any antics in his courtroom. This man has used his judicial power to override jury verdicts of not guilty and ruled guilty. He has overruled sentencing and turns life in prison to death by hanging, this man will overrule plea agreements and impose his own sentence or he will denies them all together. He is a hanging judge and defendants would rather face Judge Oliver McKeen or Judge William Boone then step one foot into this judges courtroom. Judge Rodger Warren is the prosecutors friend and the enemy of the defendant, he has been allowed to get away with his antics for so long there is no one willing to oppose this judge and he skirts the grey area of the law so he has not officially broken any laws. If your lawyer tells you your case judge is Rodger Warren, just prepare to be in prison for the maximum and pray he doesn’t add anything to the citation.

This is dedicated to all the warriors of the shadows who have fallen in the line of duty. RIP    Crazy Glue: Killed in the Jackals Lantern by an unknown assailant, Her Murder is still under investigation by SPD  Wallace: HRM member killed in the Scottish invasion of England. Rot in Hell Wallace  Tommy: Member of the Regulators recently killed by SPD    Grimm: Member and Leader of the now defunct Ministry, killed by SPD C-SWAT. During the Deaths Hand Invasion  Mr. Walter O'Neil (Sarge): Member of a group only referenced to as the Post Office, He was killed in … END_OF_DOCUMENT_TOKEN_TO_BE_REPLACED