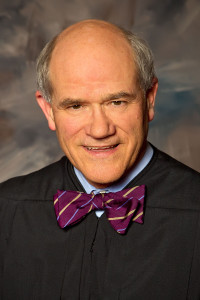 Weight: 165
Apparent Age: 55
Archetype: Judge
Preferred Weapon: Stun Baton
Runner Song:
Bio: Judge Hammer I am only reporting about since this man is a sitting judge that has connections to the Freedom Patriots and he might be a fierce by the book Judge. His loyalties to Colonial and the Mayor are strong and any runner or criminal brought before him, that is facing charges in violation of the treaty of Denver might get handed an easy ride. This is an injustice and the people should speak out against this failure of a judge, also this man is trying to bring charges against our beloved General James O’Brian for violation of the peoples rights under the city Constitution. Well Judge Hammer good luck, the people now know you are with the enemy of the State and you will soon find yourself in chains and facing the noose or firing squad.

This is dedicated to all the warriors of the shadows who have fallen in the line of duty. RIP    Crazy Glue: Killed in the Jackals Lantern by an unknown assailant, Her Murder is still under investigation by SPD  Wallace: HRM member killed in the Scottish invasion of England. Rot in Hell Wallace  Tommy: Member of the Regulators recently killed by SPD    Grimm: Member and Leader of the now defunct Ministry, killed by SPD C-SWAT. During the Deaths Hand Invasion  Mr. Walter O'Neil (Sarge): Member of a group only referenced to as the Post Office, He was killed in … END_OF_DOCUMENT_TOKEN_TO_BE_REPLACED