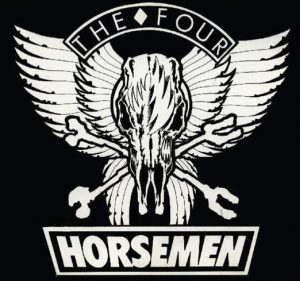 The Four Horseman as they  have been dubbed the bringers of the end, the ones set to watch the world burn, the spies tearing down the wall and the rat bastards that have been raping the United Canadian American States of all it’s liberties and secrets for generations. This group is one of the scariest within the rebellion and for damned good reason, yes the Patriots are a military order, the brotherhood have Juggernaut, the CAS has well the Keg, the Pirates are simply Pirates and the HRM are raciest bastards. Though all have one thing in common they are predictable and violence is their only answer, the Horseman are scary for entire different reason.

We need to have a healthy level of respect and fear for the Four Horseman cause they are an unknown known and they are unpredictable. This order is simply four men but four ancient men with a score to settle and they have something the other agencies don’t. They have once earned the trust of the entire UCAS and all that worked within the boundaries of the system, they are more about the spoken word and deception, and they are all world class and legendary spies.

This group has been working for decades right under the nose of the UCAS and nobody knew it till 28/12/74 when Wilhuff Palpatine also known as Director Jarred Mitchell would unleash the Horseman’s STAGE 5 program and unload decades of data and sensitive government information directly into the public space for all to download, copy, and read at their leisure. Even with STAGE 5 unleashed we still wouldn’t have learned of the Four Horseman if it wasn’t for the information given t us by a confidential and reliable source.

These men have worked in total secrecy and have manipulated the system for decades if not longer seeing we are only know learning of the Federal Immortality Project and all four of these men where recipients of the longevity of lifespan and this has turned them into true monsters. All these men are masters of their craft and they have long since sold their integrity for the betterment of their own ideology. The Horseman blame the UCAS for there troubles, the accuse the UCAS of traitorous behaviour, they accuse the UCAS of being tyrannical, and enslaving the free minded people under their doctrine of terror.

Well I only see four traitors here and they are Wilhuff, Alva, Elmer, and Montgomery; they have spent their careers destroying the sanctity of the Intelligence Division and stealing data from the same people they swore an oath to protect. They single handedly crashed the UCAS data network and have caused hundreds of innocent civil servants to become criminals and face the gallows on trumped up charges and falsified documents. I have no idea why the current President and Judaical Branch are even believing the documents since they obliviously are fraudulent. These documents and files come from spies and professional liars, what worse it comes from spies that are all family and as well directly connected to the Yates family through Yale Yates the brother in-law to Alva Mitchell. Not to mention Yale being one of Wilhuff’s direct subordinates. 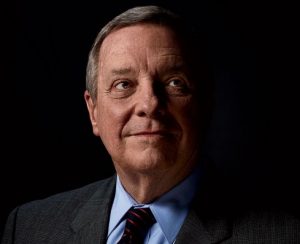 Wilhuff Sheev Palpatine (Morpheus): The true mastermind Wilhuff the leader of the Horseman and the man with more secrets than carter has pills. This scares the shit out of me as my contacts all of them cringe at the thought of dealing with Wilhuff and the Horseman, this man has trained all of the Horseman and Dover the hidden fifth Horseman. They five of them possess other worldly powers and have skills that we can only dream of, Wilhuff we know is a veteran of many wars, survived torture, interrogation, castration, battle injuries and being hunted by the worlds best and even being injected with air that would kill everything…..he still lives and thats a big issue. He is the Horseman and this man is hiding something that has my contacts very nervous and the fact that he has yet to unveil his greatest work yet should have everyone worried as STAGE 5 is huge and my contacts state that he has something bigger in the works called STAGE 6. Avoid Wilhuff at all costs, this man is a monster beyond monster and nobody I mean nobody can best him, not even his Horseman as no Master teaches his apprentices everything and this legendary spy surly will be keeping some secrets up his sleeve. 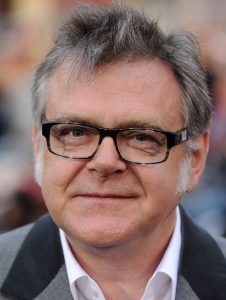 Alva Palpatine (Blacksmith): Our contacts have exposed that Alva is not Wilhuff’s brother but his elder son and when I say elder I mean OLD!! My contacts are quite ancient beings and they remember the Palpatine family and their offspring, everyone thought that Wilhuff’s kin where destroyed but it seems that Alva and Ben where missed and have been hiding within plain sight for ages. They have strong magical roots and very strange other worldly powers that make them a terror in battle, the Blacksmith is a master of hand to hand and melee combat and guess what his father taught him that means Wilhuff is more than meets the eye. Alva is one of the Horseman and this means that his skills have to be out of this world and off the charts as the Horseman are feared even by my contacts. 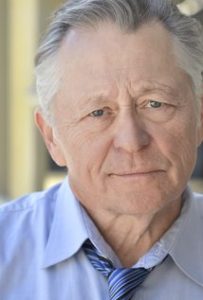 Elmer Canterbury (Curmudgeon): Elmer is truly one of Wilhuff’s best friends and longest friends next to Dover and according to my contacts he has had his dirty grumpy hands in everyone’s fruit basket and has been stealing secrets for generations if not longer. The Curmudgeon is a full fledged Horseman and someone that needs to be given a very wide berth as he is no slouch in combat. We know that the Horseman have no equals in battle and well it seems that they have no equals period as they have been able to slither into basically every aspect of the known world and master it. 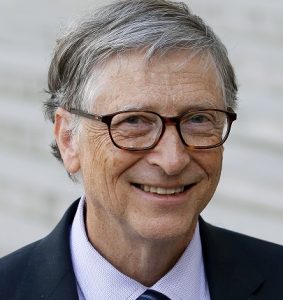 Col. Jeffrey Oliver Copper (Pong): Don’t be fooled by Pong the youngest of the Horseman and not by much. This killer was raised by Wilhuff and the records of Pong’s existence are wrong as my contacts remember this young lad when he was well a child. Pong is well versed in combat and has more than one dragon kill under his belt so be warned he is not your simple decker and on that note he is the worlds best computer scientist seeing he was here before computers and well he has been working with the new technology as it becomes available. Pong is a Horseman through and through, what their ultimate plan is….well that is unknown but we can assume that it is to undo everything that has taken centuries to build. Don’t ever engage a Horseman in combat for they are the worlds best and wield other worldly powers and technology, these men have no equals and now that they are together within the Harbingers and working for the God of War it is a miracle the US Elite haven’t dominated the world yet. 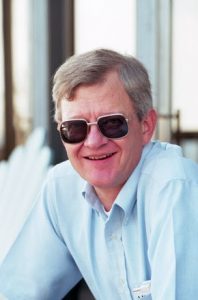 CPT Montgomery Hilliard (Silencer): A man placed in the cover of being a Horseman, a man that has spent his career living in total secrecy and working to destabilise the government and tear down the established order. Silencer was a good red herring for the Horseman but his lack of computer, diplomatic skills, and his hatred for the natives shows that Montgomery would never have been fully inducted into the Horseman. His lifetime of work for Wilhuff and Alva and his involvement in the guiding and protection of Wilhuff’s cousin Johnathan White would be where we would be deceived. Though with the exposing of Pong as the Fourth Horseman, it is only fitting that Silencer be shown to be nothing more than a servant of his master and the ultimate weapon in the game that is STAGE 5. 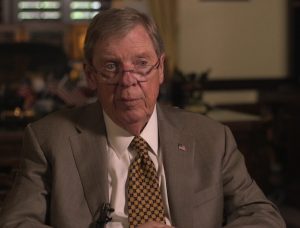 CAPT Dover Barton (Polaroid): Good Old Dover Davis….well thats a lie as are contacts have uncovered that Dover is not a Davis at all. He slithered into the Davis family and planted himself as family member within their elite family line and tricked Edward into believing he was his elder bother. We have learned that Dover is actually a servant of Wilhuff and the Horseman, he has worn his veil of secrecy for aeons and has been integral in the ultimate destruction of everything we hold dear. Dover is yet another key player within the infamous STAGE 5 and it seems that even this elder spy was only watching from afar as Edward enslaved the southern region only to pull the rug out from under him decades later. Well Dover your secrets are exposed and your ability to remain undetected is no more, we know that you are not human but what you are is a mystery and go on keep lying to yourself and to others that you are not a Horseman…..I know there are only supposed to be Four Horseman but Dover really my contacts put you working with Wilhuff, Alva, Elmer and Jeffery for ages and you helped raise both Ben and Alva……yes we know that Alva is Wilhuff’s eldest son. 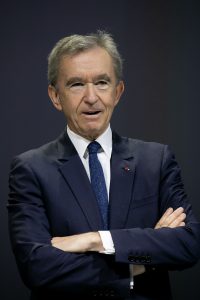 Dr. Ben Palpatine (Kenobi): Good old Ben they say well I say “Hog Wash” this man is the youngest son of Wilhuff and when I say young I am being kind. This man is older than dirt and has been playing the system for aeons like his father and the Horseman. Ben put himself directly within a field that would allow him to garner the trust of our most powerful leaders and politicians, this man has been feeding the Horseman sensitive data for ages and hiding within plain sight just like his father and Dover taught him to do. Don’t trust Old Ben as he is a master spy and part of this Horseman crew, he is just as lethal as his father and has been using other worldly powers to manipulate our minds for generations. Ben like Jefferey have been watching out for the Yates family and Dover has been pulling the strings from behind the scenes for as long as time itself so if you think for a second that the Palpatine’s and the Horseman are not up to any good than your right….my only concern is why are they within the Elite and Harbingers and why have my contacts given me this information, why are they so terrified of the Palpatine’s and the Horseman that they felt a reporter of the Demure should be the one to break the story wide open. 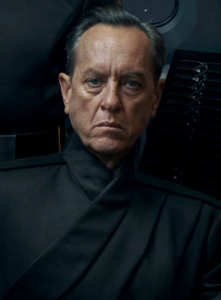 Shelby Malone (Slicer): The Slicer is Wilhuff’s direct hand and his direct pupil a man that has dedicated his life to serving the Chancellor and has been rewarded greatly for his loyal service and has become a serious threat to all forms of decency in the known world. This man is a killer and a damned good one at that, he has been hunting the agents of the UCAS for Wilhuff even when he supposedly worked for us and yet wouldn’t touch his master………………<<<LIFE SUPPORT SYSTEMS FAIL…..BLACK DEATH PROGRAM INITIATED>>>

This is dedicated to all the warriors of the shadows who have fallen in the line of duty. RIP    Crazy Glue: Killed in the Jackals Lantern by an unknown assailant, Her Murder is still under investigation by SPD  Wallace: HRM member killed in the Scottish invasion of England. Rot in Hell Wallace  Tommy: Member of the Regulators recently killed by SPD    Grimm: Member and Leader of the now defunct Ministry, killed by SPD C-SWAT. During the Deaths Hand Invasion  Mr. Walter O'Neil (Sarge): Member of a group only referenced to as the Post Office, He was killed in … END_OF_DOCUMENT_TOKEN_TO_BE_REPLACED