The H.R.M:   This organization is a terrorist cell bent on the genocide of the elven race. This group spawned out of the Tir Na Nog as a resistance movement against the persecution of the humans, the rightful rulers of the land. The HRM was founded by a man only known by the handle “The Senator” and his long-time friend and ally German national John Ripley. Together they recruited like-minded individuals Tobias (Jigsaw) and Stalin and the HRM was formed. Their fight was mostly in the Nog and when it stayed there it was okay.  The world’s governments mostly ignored them. Though, like all roaches, they spread and infested other regions of Europe and even spread across the sea into the UCAS. The HRM has been spreading its hate through racial propaganda and the media using the banner of Freedom Fighters.  According to them all elves must pay the price for their Nog ancestry.

The HRM has recruited some of the best warriors the shadows have seen and are capable of actions that even a skilled adept or cybered out samurai is not. The HRM really didn’t rear its ugly head to the world till the mid 2060’s, even though sources in the Nog have stated they were operating for many years prior. Once they emerged they went on a conquest across Europe and Asia taking control of many countries and increasing their numbers, while bringing their cause to the media. Even in the UCAS there were multiple facilities throughout many major cities. It wasn’t untill they released a Bio-Plague in the summer of 2065 that targeted elves that the World’s Court took action against them. This of course didn’t sit well with the terrorists and they took arms in defense. Problem is, John Ripley is a master of a special kind of magic that controls magnetism.  This has made them a formidable threat and allowed them to maintain forward movement. In 2067 an antidote was created for the plague, and as well Seattle’s finest Crazy Glue and Michael Capazzi went over to the Nog to aid them in their fight against the HRM. The Elven King and Queen accepted the assistance and it’s rumored these are the only two humans to ever step foot in the royal high court. With the help of Mickey and Crazy the HRM was almost completely destroyed in the Nog and they were forced to withdraw their forces from around the globe.  This allowed the other nations to eradicate them as they retreated.

The HRM is still active today, like many stains they are hard to get rid of.  Their numbers are greatly reduced and their control is mainly in Germany. According to sources in the Nog there are still splinter cells and small bands of HRM camps.  Soon the Nog will see peace and the elves will live without fear.

<<<<<IF ANY OF THE KNOWN MEMBERSHIP OF THE HRM IS SPOTTED, CONTACT YOUR LOCAL HOMELAND SECURITY DEPARTMENT OFFICE ASAP. THEY ARE TO BE CONSIDERED EXTREMELY DANGEROUS AND HAVE BEEN KNOWN TO KILL ANY AND ALL WITNESSES>>> THEY ARE WANTED FOR CRIMES AGAINST HUMANITY. 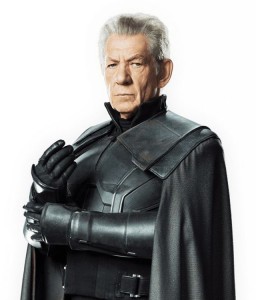 John Ripley he is the known leader of the Terrorist cell known as the HRM. This man is a master of magic and sword play he is to be considered armed and extremely dangerous. His True Power is Unknown and he is in violation of Article 16 <<<<<There is a 150,000,000 credit bounty on John Ripley, he is wanted alive only. The bounty is to be paid out by The World Court.>>>>

This is dedicated to all the warriors of the shadows who have fallen in the line of duty. RIP    Crazy Glue: Killed in the Jackals Lantern by an unknown assailant, Her Murder is still under investigation by SPD  Wallace: HRM member killed in the Scottish invasion of England. Rot in Hell Wallace  Tommy: Member of the Regulators recently killed by SPD    Grimm: Member and Leader of the now defunct Ministry, killed by SPD C-SWAT. During the Deaths Hand Invasion  Mr. Walter O'Neil (Sarge): Member of a group only referenced to as the Post Office, He was killed in … END_OF_DOCUMENT_TOKEN_TO_BE_REPLACED