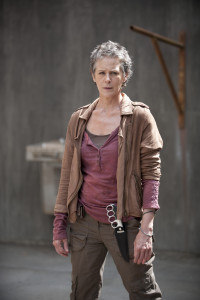 Bio: Angel is no angel, this women is more like a fallen angel and she has no issues taking the life of anyone who stands in her path. This women like most female runners and mercenaries has to work twice as hard to prove she can dance with the male dominated world of the shadows. Angel has done a good job of showing her male counterparts that she is not a women to cross. Angel once served on the feared Denver Guard with the likes of Dead Eye and Piranha. She has earned the respect of these two men and as well proved herself as a combat worthy opponent in the eyes of many of her peers, look for Angel to join the Ranks of the Devils Rejects in the coming days.
Angels work as a runner is limited, she is relatively new to shadows, though her work in Guard is well documented and she has gunned down many a banger, runner and gangster. Angel has as well single handedly, stopped the raid on the Denver Capital building bringing down a small well trained and outfitted mercenary band. She killed six of the mercenaries and wounded the other three, this led to there capture and arrest and execution. Angel is not a nice women and she is not here in Seattle for the Pardon Program like Piranha, she is here to make a name for herself in the Seattle Shadows.
Well Angel, good luck many have come to this city to make a name for themselves only to be buried here in the Seattle Public Cemetery. So only time will tell what the future holds for Angel, though I do hope she seeks out fellow Guard member Dead Eye and can gain membership into the Rejects. Last thing we need her to do is try for a pardon and become another runner turned cop, there is nothing worse to deal with then a female cop they have way to much to prove and can be a real bitch.

This is dedicated to all the warriors of the shadows who have fallen in the line of duty. RIP    Crazy Glue: Killed in the Jackals Lantern by an unknown assailant, Her Murder is still under investigation by SPD  Wallace: HRM member killed in the Scottish invasion of England. Rot in Hell Wallace  Tommy: Member of the Regulators recently killed by SPD    Grimm: Member and Leader of the now defunct Ministry, killed by SPD C-SWAT. During the Deaths Hand Invasion  Mr. Walter O'Neil (Sarge): Member of a group only referenced to as the Post Office, He was killed in … END_OF_DOCUMENT_TOKEN_TO_BE_REPLACED