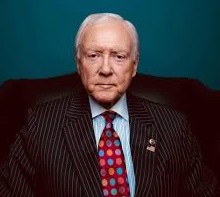 Bio: Regal is a real rat bastard, this man was once a Senator of the US prior to the Civil War and being from North Carolina he quickly jumped ship but not before stealing all the defence secrets he could. Since he was the chairman of the Armed Service Comity he had a lot of data at his disposal and he did some serious damage to the US when he jumped ship. Regal was immediately accepted by the Sons and he was given the North Carolina division to command and with Regal’s defence secrets he aided the Confederacy in ways he could only have dreamed and when the UCAS surrendered and the CAS was formed he sadly didn’t end his time with the Sons and he like Buzzard was placed in the new Senate and then like Buzzard he was sent back to the UCAS to sit on the joint commission. He was given diplomatic immunity and he walked back into the FDC hallowed halls it was like a slap in all our faces when he sat down in that chair, knowing what he did when he left prior.
Regal is combat worthy and shouldn’t be trusted in anyway shape or form, he slipped out of the FDC under the cover of darkness prior to the attacks and is know back in the CAS we believe. Regal is the high commander of the North Carolina Division and he has tens of thousands of troops if not more at his disposal. With Regal’s return, I can say it doesn’t look good for the CAS and he can single handedly crush the state government there and probably even squash the state guard like a bug. These Sons are no joke and the CAS is in for a fight like they have never seen before, I fear we will see a return to the old south very soon.

This is dedicated to all the warriors of the shadows who have fallen in the line of duty. RIP    Crazy Glue: Killed in the Jackals Lantern by an unknown assailant, Her Murder is still under investigation by SPD  Wallace: HRM member killed in the Scottish invasion of England. Rot in Hell Wallace  Tommy: Member of the Regulators recently killed by SPD    Grimm: Member and Leader of the now defunct Ministry, killed by SPD C-SWAT. During the Deaths Hand Invasion  Mr. Walter O'Neil (Sarge): Member of a group only referenced to as the Post Office, He was killed in … END_OF_DOCUMENT_TOKEN_TO_BE_REPLACED