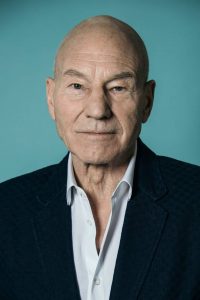 Bio:  The Revelator is an old bastard from a bygone era, though these old people seem to be popping up left and right.  This man is classified as a new breed runner, though in his life he has never run the shadows. John is a former upstanding citizen from back in the early days of the Treaty of Denver. He went through and graduated the US Army War College and entered the service shortly after graduating.  He made it to the rank of major of major before transferring into the CIA as a special operative. It was here that he made his mark.  The CIA taught him many things that his college experience left out, such as the power of toxins and true stealth.  In the army he found success through carefully planned engagement, but in his CIA team he found success through lurking within the shadows.After 20 years of service to the CIA John was forced to retire after an op went bad.  By this point he had plenty of money left to support himself well into retirement and began to try and return to normal life.  In this he was successful until October of this year (2073).  You see, this man wasn’t around as an adult during the nights of blood, but he was alive.  Regardless of what he saw he always believed his parents and teachers that the Treaty of Denver was just.  Even though a large portion of his family was killed in the dance, he understood it to be fair based on what had happened in the past.  For this soldier, his pride and honor laid in serving his country and helping its citizens.  His life was spent helping both on the front lines, as well as from the underbelly.That is, until Forge and Dakota released their war journals.  Upon reading these first person accounts and seeing the confirmation that the natives were using bugs this runner has taken what was left of his money to update his cyber, bio, and equipment. He has taken to the streets as a mercenary for hire in order to build up his cache of supplies and eventually enter the cause.  Much like the other old-timers who now know the truth, his hatred for those who killed his family has brought him into the crucible.  He knows he has is old and does not have much time left, but with that comes that clarity that he has nothing else to live for.  With no living relatives and no legacy other than his failure in the CIA, this man has nothing to lose – and it is exactly that which makes him dangerous.  When someone has no reason to live they are like an animal in a cage and do whatever it takes to survive.John may not be anywhere near the level of the originals or next generation runners, however this seasoned battle veteran should be watched.  Anyone with knowledge of poisons and bullets can be a danger, especially in this day and age where radioactive material is easy to find.

This is dedicated to all the warriors of the shadows who have fallen in the line of duty. RIP    Crazy Glue: Killed in the Jackals Lantern by an unknown assailant, Her Murder is still under investigation by SPD  Wallace: HRM member killed in the Scottish invasion of England. Rot in Hell Wallace  Tommy: Member of the Regulators recently killed by SPD    Grimm: Member and Leader of the now defunct Ministry, killed by SPD C-SWAT. During the Deaths Hand Invasion  Mr. Walter O'Neil (Sarge): Member of a group only referenced to as the Post Office, He was killed in … END_OF_DOCUMENT_TOKEN_TO_BE_REPLACED