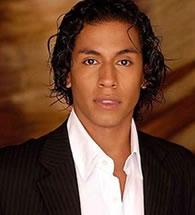 Weight: 190
Apparent Age: 25
Archetype: Mercenary Adept: Circle: 15  (Wildcat)
Preferred Weapon: Tomahawk
Runner Song:
Bio: Well I am not sure O’Brian made a good call here adding Savage to his ranks within Urban Strike, this man was forced to flee the Sioux Nation after he butchered his commanding officer. Savage butchered his commander after he witnessed him murder Caucasians when they came to him for assistance, Savage didn’t feel that it was right to murder the white man and he was troubled by the acts that his people have been taking, Savage felt that enough was enough and he took action and murdered his commander and as well many of his fellow squad mates as he made his escape to the UCAS.
Savage escaped the NAN and made it to the UCAS but not without many encounters with his own people that ended in a blood bath, Savage spilled gallons of native blood in his escape and thats not where it ended for this young man. Once he was in the UCAS he was left with a very serious situation, he was native and surrounded by people who hated him just for his skin colour. Savage had to prove that he was no longer part of the Native American Nations and he did that in spades, He would enter a native camp, and slaughter the entire camp, man women and child and give the runners, mercenaries the information the desired. He as well worked along side the infamous Iceman on a number of occasions, he proved himself to that murderous Native Hater. Savage has no love loss for his own people and he has a serious bone to pick with the UCAS.
Savage is another one like the Doppelgänger that I feel is up to something nefarious, this kid wouldn’t in good conscious work for the same people that are allied with the people he is on the run from. Savage is a good man, that has done some horrible things but hell thats war. In my book this is one native that has proved he is better then his kin and he doesn’t belong inside Urban Strike, this man belongs inside the Sons of Liberty where he can help bring down the False Flag. I guess we will have to wait and see what this young man is up to and why O’Brian allowed the likes of Savage inside his prized division.
Page Written By: Shadow Writer

This is dedicated to all the warriors of the shadows who have fallen in the line of duty. RIP    Crazy Glue: Killed in the Jackals Lantern by an unknown assailant, Her Murder is still under investigation by SPD  Wallace: HRM member killed in the Scottish invasion of England. Rot in Hell Wallace  Tommy: Member of the Regulators recently killed by SPD    Grimm: Member and Leader of the now defunct Ministry, killed by SPD C-SWAT. During the Deaths Hand Invasion  Mr. Walter O'Neil (Sarge): Member of a group only referenced to as the Post Office, He was killed in … END_OF_DOCUMENT_TOKEN_TO_BE_REPLACED