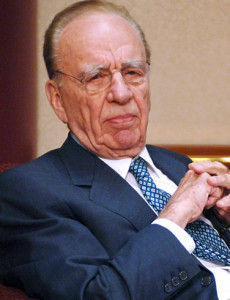 Weight: 165
Apparent Age: 65
Archetype: Physical Adept: Circle: Unknown
Preferred Weapon: Katana
Runner Song:
Bio: The Pallbearer is a man that you never want to encounter on the streets, this man is nothing more than a street killer and he has zero care and concern for the sanctity of life. He stalks the streets like a predator in search of his next victim, this man if you can even call him that any more, is a true beast and has lurked around the city of Seattle for many years. Prior to his time here in Seattle this man has operated throughout the UCAS and even brought his special brand of terror to the CAS. Nothing is sacred to the Pallbearer and he see’s people as nothing more then dollar signs, and when he takes a kill his victims are never seen again.
The Pallbearer is a member of the old timer team known as the Devil Rats and this killer needs to be both respected and feared for he might have a twisted way he looks at life and people, but this man is deeply embedded with the war and he has been targeting the enemies of the state for most of his lengthy career as a shadow operator. Many will try to vilify the Pallbearer and peg him as a serial killer with no soul, well the no soul part is kinda on par, it takes a special kind of person to make a career out of murder. But he is not a serial killer, this man is a total professional that doesn’t take a kill without preparation. Hence why the Pallbearer is still working and not sitting behind bars, he leaves no evidence, and the victim is never found. What he does with the bodies is anybodies guess, though I assume it has something to do with funerals since he carries the moniker of Pallbearer.
He has been working for many decades and is one of the few members of his clan that never became a police officer and has been basically disowned by the DiCane family for his murderous tendencies. Though that family has some serious skeletons in their closet and I believe that the Pallbearer is as well responsible for keeping the families enemies at bay. This killer used the chaos of the Ghost Dance to slip away into the shadows and become the terror we all know now.
Pallbearer’s actual history is clouded in mystery and this professional has managed to elude capture for generations and baffle seasoned detectives with his spotless crime scenes. The only reason we have photographic evidence of the Pallbearer is do to his involvement in the Battle of Seattle, otherwise he is a complete mystery. The legends state that he kills for enjoyment and sport and considers himself to be like a big game hunter, hunting the biggest of all games Humans and Metahumans. From this criminologists and profilers have come up with the theory of him being a soulless sociopath that is no longer human in the terms of having a soul, compassion and empathy. He has murdered over three hundred people over the course of his career and those are the ones that he left a calling card for. There could be countless others that will never be known or found, the Pallbearer is the bringer of tears, the harvester of sorrow and the soul collector. This man is pure evil and he relishes in every hunt and every kill, this is just one of the Devil Rats that are now fighting alongside the Freedom Patriots and considered hero’s of Seattle.
In this reporters opinion the Pallbearer is no hero, and this man is the devil on earth, he will keep killing till he is put six feet under and according to the legend that will never happen. This man is to be avoided at all costs, Seattle Police Department doesn’t acknowledge the Pallbearer for good reason and so should you. If the devil had a human form it would be the Pallbearer and this man is as evil as they come.
Page Written By: Shadow Writer

This is dedicated to all the warriors of the shadows who have fallen in the line of duty. RIP    Crazy Glue: Killed in the Jackals Lantern by an unknown assailant, Her Murder is still under investigation by SPD  Wallace: HRM member killed in the Scottish invasion of England. Rot in Hell Wallace  Tommy: Member of the Regulators recently killed by SPD    Grimm: Member and Leader of the now defunct Ministry, killed by SPD C-SWAT. During the Deaths Hand Invasion  Mr. Walter O'Neil (Sarge): Member of a group only referenced to as the Post Office, He was killed in … END_OF_DOCUMENT_TOKEN_TO_BE_REPLACED