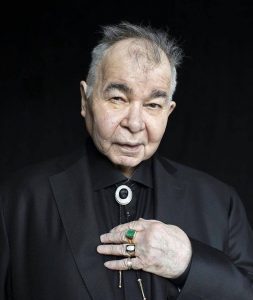 Bio: Now here is a real piece of work that is employed by both the Post Office and London Dungeon….his name is Kentucky Schwartz and they call him simply Danger. This man is the ultimate problem solver and master of covering up the impossible, it is said when criminals ask who do they call when they need something fixed….well simple call Danger and he will make everything go away. This man is more than a handful on multiple levels seeing that he has mastered the art of making situations better for his bosses and settling the nerves of the elite and those that can afford his steep fee.

Danger is the brother of Sixx and works alongside the Horseman and is the go to man they call when they need something solved, well that should scare the hell out of everyone….he is the direct problem solver for the Horseman who by nature are problem solvers. Like many he specialises in crime scene clean up, reverse forensics and frame jobs; though he does as well handle surveillance, warnings, and murder for hire. He employs a staff of talented problem solvers and cleaners to aid him in his proxy work, this man is also a very dangerous fixer and on the level of Tang….actually worse seeing he is the personal fixer and dealer for the Horseman, Cavalry and Jamestowns, scared yet I am.

Danger as well is a bonded journalist and works within the federal government where he oversees the water supply and infrastructure…yes Danger can deny anyone water. He has contacts and access to any cities City Planners Office where he gains access to private records and and permits as well the cities sewer and water supply. This problem solver lives up to his namesake and is really dangerous on many levels and one being that he can shut down an entire building and turn it’s own security against the occupants if they don’t play ball with Kentucky. His media credentials get him into places he would otherwise be barred and his federal ID gains him further access to very sensitive data such as tax records, building permits, and the aid systems; this is how he can gain direct access to anyone on the planet.

He has deep connections to the CIA, NSA, Homeland, ATF, FBI and DEA as well the Attorney Generals Office so be warned there is no where to hide from Danger as he is always lurking and can remove any problem and neatly tie up any loose end with ease. He holds the same access across the pond in the United Kingdom where he works as a 00 agent for the Dungeon and has been aiding the British in their war against Mary Church and Scotland. This man is really the best in the game, he mentored many of the greats and has been  key player in the STAGE 5 and now STAGE 6, he had his hands in the most recent presidential election and has throw his weight around in local politics as he owns many politicians and those that aren’t blackmailed by Kentucky are to afraid to move against him that they simply obey their master.

Those that don’t obey Kentucky are part of the rebellion and even they know that his ever watchful eye is always near and with one phone call it is lights out. This problem solver is the man they call when the shit has really hit the fan and they need some heads to roll and many lives snuffed out in an instant…………………………………………………………….<LIFE SIGNS FAILED>

This is dedicated to all the warriors of the shadows who have fallen in the line of duty. RIP    Crazy Glue: Killed in the Jackals Lantern by an unknown assailant, Her Murder is still under investigation by SPD  Wallace: HRM member killed in the Scottish invasion of England. Rot in Hell Wallace  Tommy: Member of the Regulators recently killed by SPD    Grimm: Member and Leader of the now defunct Ministry, killed by SPD C-SWAT. During the Deaths Hand Invasion  Mr. Walter O'Neil (Sarge): Member of a group only referenced to as the Post Office, He was killed in … END_OF_DOCUMENT_TOKEN_TO_BE_REPLACED