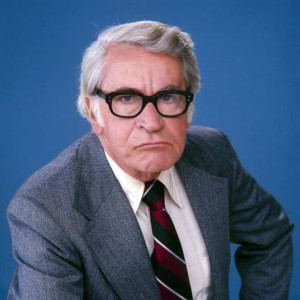 Weight: 140
Apparent Age: 60
Archetype: Detective
Preferred Weapon: Ronin Hand Cannon
Runner Song:
Bio: Well this is one cop that even the cops barely want to deal with, he is the embodiment of curmudgeon. Grumpy has been his handle since he was a rookie officer a long, long time ago, it seems this man was just born cranky and has never once allowed himself to see the glass as half full. His frustration and anger have been bot a hindrance and a help in his day to to day work. As he is never satisfied and trusts no one, so this cop is always looking deeper for further evidence, though his sheer lack of social graces have caused him to be overlooked for promotions and career advancement, as well creating a revolving door of partners as no one wants to deal with his cranky attitude on a daily basis. All of this just keeps him in his grumpy, cranky mood creating a nightmare for any criminal who ever dares to be seated across from Grumpy in interrogation.
Also this man is very old school and doesn’t trust allot of the new technology and prefers to use old school hands on methods of investigation, this also has caused friction between him and the prosecutors who are now forced to put Grumpy on the stand and try their best to make this curmudgeon that stinks of day old cigars, coffee and whiskey look good before the jury. Needless to say, Grumpy can be a slight hindrance to a prosecutor in today’s fashion forward day and age. Though he is no picnic for the defence either, as I said he trusts no one and he can’t be tricked in any manner. He always speaks the truth and can cause a defence lawyer to have to jump through hoops to question Grumpy, their is one case when Grumpy actually used the defences own logic against him, causing the attorney to confess for his client, and hence sealing the fate of the defendant. This man is coldly logical at times, and do to this he is tolerated on the stand, though not a prosecutors first, second or even third choice.
He has been a police officer before Lone Star and served with the original Seattle Police Department, then over to the Star and now he is back with the Police Department. We do know Grumpy is far much older than he looks, this man has received some sort of anti ageing regime and this means that retirement is not an option for Grumpy and the people are stuck with his cranky ass till he decides he is done or he is killed. Grumpy has been a officer of the law for well over 70 years and he is still just a Detective, this should tell you something about this man’s attitude holding him back. Grumpy has closed countless high profile cases and has served in pretty much every division the police have to offer and some times more then once, as the Captains just don’t want to put up with his attitude.
Grumpy has recently been transferred once again to the new multi-unit task force under Captain Benjamin Mathews, we will see how long Grumpy lasts being under the command of his once trainee. Though he will know be working on the Psycho case and this is right up Grumpy’s alley, this man is a very seasoned police officer and doesn’t really comprehend the need to question orders, though this man is very old school and believes in the ends justify the means and the blue wall. You can just look at his jacket and see the vast amount of excessive force complaints, questionable shootings and civil rights violations he has amassed over the years. Though the Department overlook everything do him being a amazing cop, investigator and highly decorated with many of the highest service awards for bravery, heroism and defending citizens from harm. So basically they put up with his antics and allow him to work though he is mostly supervised, and Grumpy has never fully crossed the line.
His combat skills and abilities are top notch and he has been the reigning inter department boxing champion for the last five years, He as well is the grand champion of all the police departments at the Law Enforcement Convention in Las Vegas for the last three years. He is also holds many accolades for his skills with a pistol, so don’t underestimate Grumpy. He might frown on cyber and bio but that doesn’t mean he doesn’t have any, and this man wields a DAOD pistol as his personal side arm clamming the Thunderbolt is “Not Good Enough” so be very cautious around Grumpy. He is like many of the SPD elite officers, where life and death is only a matter of paperwork and just be thankful he hates paperwork.
Page Written By: Shadow Writer

This is dedicated to all the warriors of the shadows who have fallen in the line of duty. RIP    Crazy Glue: Killed in the Jackals Lantern by an unknown assailant, Her Murder is still under investigation by SPD  Wallace: HRM member killed in the Scottish invasion of England. Rot in Hell Wallace  Tommy: Member of the Regulators recently killed by SPD    Grimm: Member and Leader of the now defunct Ministry, killed by SPD C-SWAT. During the Deaths Hand Invasion  Mr. Walter O'Neil (Sarge): Member of a group only referenced to as the Post Office, He was killed in … END_OF_DOCUMENT_TOKEN_TO_BE_REPLACED