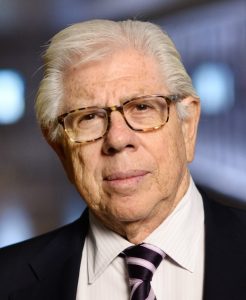 Bio: His name is DC or thats simply what they refer to the man who basically owns the District of Columbia, this man is old Washington DC and Old World Blues courses through his blood. He is a deeply embedded political corespondent, Chief Editor of the DC Tymes and lead anchor to the world famous DC 7 World News as well he hosts a radio show on 99.1 FM and 806.8 AM with the FM station being a combination of news, music and talk where the AM station s simply news and talk. This man holds the ear of many of those within power in the Federal District of Columbia (FDC) and all quake at the thought of being on the wrong side of Kingsley when it comes to the headlines.

Elections are won and lost based on this man’s reporting and this man’s opinion of the candidates and seeing he bleeds red, white and blue well you can form your own opinion on who he supports within the political stage. Kingsley might have made a carer as a political corespondent but his real carer is within the world of the mercenary and the defence department. You see Kingsley is one of the dreaded Presidents Men and works as the acting Under Secretary of Defence alongside the long standing Secretary of Defence Woodrow McDaniels…..how does this reporter stay unbiased one asks; well he doesn’t and thats the point.

He is a an time war monger and this comes from his lengthy carer within the US Military where he served from 1825 through 1995 officially becoming part of the Federal Immorality Project in 1851. Kingsley is the elder brother of Franklin Quinn and it seems this tandem of brothers would begin their campaign of terror from within the US Military and than use their influence to the political world; though I must state that Kingsley seems to be lagging behind seeing that Franklin now serves as the Governor of Washington State, though less have heard of the DC and his influence is far superior than his brothers.

Kingsley wants everyone to believe that he is an abused solider and veteran of the FIP, for us all to simply accept that he hasn’t been profiting and gaining influence from the endless wars of the early 21st century and he hasn’t been secretly pushing the FIP program onto others for sheer profit as he sits on the board for multiple defence contractor companies and well he works inside the Department of Defence…….conflict of interests much?

If you listen to the reporting and speeches from those in the FDC, well they want you to believe that these men are the forsaken children of the government; yet their pockets are being lined by the “Great Military Industrial Complex” that is the UCAS Military and who sits at the helm of this problem…….you guessed it Under Secretary Kingsley Quinn. He is the true power behind the war department and the over spending within the defence budget…….or simply under spending and splitting the profits with other politicians and the figure head Woodrow McDaniels. Kingsley is the true power player in the FDC and he is the man that presidents, senators and congressmen flock to for approval before finalising any defence budget or engaging in any military action.

This man has zero heart and soul, if the stories about him being abused, forsaken, tortured and wounded countless times are true than why would he work deep within the War Department and send countless young men to their deaths in war over and over again. Work diligently to make certain that the ongoing conflicts are funded and the UCAS sends even more troops into a combat zone to chewed up by the gears of war. You would think that someone that has dedicated over a hundred years of his life to the military and fought in hundreds of battles and countless wars throughout his time would want to work to bring forth peace not further the suffering of others.

Evidence you ask, well for this you need to simply trust in the reporting and trust in the fact that he is a Quinn and wears the uniform of the Denver Guard like his brother. He is a master of propaganda and abusing the court of public opinion, this man abuses his role within the pentagon to empower Mayor Archibald Kingsbury, General Warren Buckley and Commander Oakley Doyle all the while adding the Waterways Military Complex with questionable spending and equipment. This man is a keystone within the pyramid of evil that starts with the Sons of Liberty, Sons of Odin and Steel Legion on the bottom than to the Denver Guard, Horsemen, and Cavalry while reaching the top on the backs of the Harbingers and eventually to the masters of evil and deception General Ralph Rivers and Lt. General Johnathan White. Kingsley is that building block in the centre of the entire grand scheme seeing he controls the spending, the media, and the court of public opinion.

I would report more on his FIP career but really it doesn’t matter, I personally don’t care what this man went through and how many times he was wounded, tortured and……”oh woo is me”; all I can say is the enemy should have done a better job and rid us of the greatest of all evils……Another Quinn! Good old DC here is a real bastard and the reason we are still fighting the rebels instead of crushing them like a bug, he is the reason so may rebels are entrenched within the government and military. He is the reason our boys are being killed in droves and he is the reason why the people are so brainwashed into believing their rhetoric.

Quinn here wants you to believe that he is working for the betterment of the country but seriously how is it good for the nation if he keeps getting richer and being able to reach out further with his lies through the multiple forms of media. How is Kingsley any better than Wilhuff Palpatine and his mastery of brainwashing and mind control, at least with Dr. Palpatine one knows they are being robbed of free thought and puppeteer’ed by the National Intelligence Agencies……Quinn’s evil is far reaching and far more subtle, he uses the power of his voice and fabricated evidence to spew nonsense over the airwaves to delicately weave his web of misinformation and wage his disinformation campaign. Kingsley is far more dangerous than Dr. Palpatine seeing he prays on our own freewill and free thought and than fills our minds with his opinions and disinformation allowing the people to spread his message and brainwash each other while he sits reaping the rewards of a divided nation.

This is dedicated to all the warriors of the shadows who have fallen in the line of duty. RIP    Crazy Glue: Killed in the Jackals Lantern by an unknown assailant, Her Murder is still under investigation by SPD  Wallace: HRM member killed in the Scottish invasion of England. Rot in Hell Wallace  Tommy: Member of the Regulators recently killed by SPD    Grimm: Member and Leader of the now defunct Ministry, killed by SPD C-SWAT. During the Deaths Hand Invasion  Mr. Walter O'Neil (Sarge): Member of a group only referenced to as the Post Office, He was killed in … END_OF_DOCUMENT_TOKEN_TO_BE_REPLACED