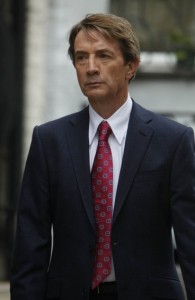 Weight: 150
Apparent Age: 45
Archetype: Physical Adept: Circle: Unknown
Preferred Weapon: Katana
Runner Song:
Bio: Old Nick, well this man is not to be confused with Nick of the HRM. Old Nick makes the HRMs Nick look like a choir boy. Old Nick is another term for Satan and when it comes to this man, his handle works. Old Nick is a General of the Hand in charge of keeping India in line as well as keeping pressure on China’s boarder. Lets just say Old Nick has done what he has been tasked to do, India is the only country in the Hands empire that has zero resistance fighting. This country has completely fallen in line and sworn total loyalty to the Hand and to Old Nick, he managed this by first levelling all of India’s historical landmarks and he had the palace demolished. Old Nick then systematically executed any of the countries aristocrats and leaders, he had these men and women executed by boiling them alive and displaying there bones throughout the country, and as for anyone he even suspected of being a rebel he ordered there executions by the hand favoured crucifixion. Old Nick as well sent his Army throughout the country to gather the countries brightest minds to either hang them or put them to work in the Factories with pacification collars on (Bomb Collars). These men where forced to work insanely long hours in brutal conditions for the Hand and if they slacked off they would suffer a fate worse then death, if they tried to escape there heads where blown off by the collars around there necks. Old Nick also gathered all able bodied men and forced them to enter the Hands Army and serve a term on the boarder keeping China out. What these men don’t know is Old Nick has no intention of allowing them to leave the military, any defectors are swiftly dealt with and so are there families. Old Nick has also opened cloned cattle factories in India and force it’s people to work in the slaughtering and processing of the cloned meat, that he then has packaged and sent out to various Hand Armies and countries. He also forces the people to eat the meat or face an execution by being locked in a steel cage and put on display in front of various government buildings for all to see, the prisoner dies a slow and painful death and there bodies eventually rot away to the elements. He has as well removed any form of nationalism from India and even mentioning the counties name, history, flag is a crime punishable by hanging. This man in a very short time has basically dominated all of India and it’s people understand what there fate will be if they step even one inch out of line.
Old Nick has as well introduced the slave market to the Indian people by taking it’s women who are deemed breeding worthy and sold them to various Hand officers to be used as wives or sex slaves, he as well has all male prisoners sent to the camps castrated and branded with a S on there forehead for all to see that they are nothing but slaves. Old Nick then sells these prisoners to factory owners, to be free labour. All slaves are given pacification collars as a precaution, if any slave owner tries to free there slave or aid in there escape, the slave owner quickly finds them self in the bomb collar and emasculated. Any women caught trying to free or aid in the escape of a slave is either sold into the sex market as a slave breeder or is just thrown into a meat grinder while alive feet first so death is slow and extremely painful.
Old Nick has been with the Hand since the early days and once served under the Dictator till Alexander saw the potential of this man as a brutal leader and general. That’s when Old Nick was promoted and given command of the troubled India, well Old Nick proved himself worthy and has been training would be Hand commanders ever since. Old Nicks combat abilities are unknown but don’t think this man will be an easy mark for anyone, first off the country he controls is scared shitless of him, so no one will even dare speak out against him. Second his guards are well trained and he has spies throughout all of India so moving unseen is basically imposable, Old Nick has already executed two UCAS and one NATO special forces team sent in under deep cover to assassinate him. He has also sent back the bodies of every CIA agent sent into the country to take him down. Old Nick is a force to be reckoned with and just be thankful he is not over here, this is one General we never want the hand to dispatch on our soil, he makes Holocaust look like a boy scout. One day Old Nick will get his just desserts, just that day is not today.

This is dedicated to all the warriors of the shadows who have fallen in the line of duty. RIP    Crazy Glue: Killed in the Jackals Lantern by an unknown assailant, Her Murder is still under investigation by SPD  Wallace: HRM member killed in the Scottish invasion of England. Rot in Hell Wallace  Tommy: Member of the Regulators recently killed by SPD    Grimm: Member and Leader of the now defunct Ministry, killed by SPD C-SWAT. During the Deaths Hand Invasion  Mr. Walter O'Neil (Sarge): Member of a group only referenced to as the Post Office, He was killed in … END_OF_DOCUMENT_TOKEN_TO_BE_REPLACED