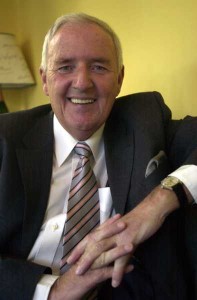 Bio: This man known as Blizzard may appear to be a jovial character, but when in reality he is one of the most fierce warriors to ever emerge out of Iceland. Through the years Blizzard has allowed his rough exterior to melt a bit, and what emerged was the professional business man or I should say mercenary that we know today. Blizzard proves that it’s not your appearance that dictates who you are and never judge a book by it’s cover, he is still all Viking just in a business suit. For this warrior was forced out of his home, and from his sacred duty, during the inception of the European Legion and the complete eradication of his ancient order. Blizzard survived along side his brother Iceberg, these men fought long and hard back to back against an unrelenting enemy force, eventually this great warrior was forced to retreat and his anger and rage has been burning ever since.

Blizzard was forced to flee his homeland along with his brother abandoning their sacred duty and watching as their country was being raped by the Legion and all of their beloved heritage, history and culture was being pillaged once again. Blizzard vowed revenge and swore to bring down the Legion piece by piece and restore his country to it’s former glory. The only problem is that Blizzard and his brother have been banished from Iceland and they have been dragged into yet another war. This war is being waged here in the UCAS and the Viking Brothers have refocused and taken their anger out on the False Flag. Though one day they will return to Iceland and engage the enemy their, this has turned into a slight problem for the brothers two. Their country once again has been pillaged by a force that has proven to be an immovable object, the Deaths Hand has seized control of their beloved Iceland.

Blizzard has to now face the fact that his land may be forever lost, yes under Frost he has brought back the history and culture. He has brought the dragons back to the sea and has restored the Viking culture. This is just a façade and Blizzard knows that Frost has no intentions of ever allowing Iceland to be truly free and allowing her people to ever truly worship the old Gods as they see fit. He is nothing more then a tyrannical king with a court of Jarls that all swear loyalties to Alexander and his Christian conquest. These men are willing to die in battle, but they also know they are the last of their sacred order and until they can return to the land of Fire and Ice and restore the order they will have to remain in exile till the day comes they can strike out against those that have enslaved and raped their country, their culture and their people.

Blizzard is a fierce warrior trained in the ancient combat arts of his forefathers and claims to share the blood of the Gods, this man has proven that he is a brutal warrior that never accepts surrender and doesn’t understand the meaning of yield. He is more then willing to go to any extreme needed to bring down anyone who is standing in his way and he will wade through a sea of blood and gore if needed. This man has sworn a oath to bring down the betrayers of his people and his land, and as he learns more about what’s going on and the unholy alliance between the Legion, False Flag and the Natives he grows even more weary about the fate of his people. Blizzard fights alongside his Brother an these men are always together and if you engage one well you are engaging both of them and these warriors seem to be blessed by the Gods. There prowess in battle is unmatched and they stood back to back for days holding back the initial waves of the European Legion. Only being forced away from their post as the numbers game became over whelming even for these old Vikings.

Blizzard might hate the Deaths Hand and wish to see Frosts and Alexander’s head impaled on a pike, though he does understand these snakes are fighting against the Legion inside Europe and abroad. This has Blizzard and his brother Iceberg torn, in order to free Iceland they will have to engage the Death Hand. Though on the other hand this will once again leave them open to butchering from the Legion, Blizzard can only hope that Frost is not just a pawn of Alexander and is actually standing true to his claims of keeping the Northern Lands free of the Christian conquest and keeping their sacred sites pure. This the brothers are keeping a close eye on, through their contacts and allies that still remain in Iceland, the Gods entrusted the brothers with a sacred duty and granted them gifts beyond those any human could ever dream. They will one day return home and return to defend the land of Ice and Snow, but till that day Blizzard will continue to fight the new enemy here in the UCAS and with sword in his hand he will fight till his last dying breath.

This is dedicated to all the warriors of the shadows who have fallen in the line of duty. RIP    Crazy Glue: Killed in the Jackals Lantern by an unknown assailant, Her Murder is still under investigation by SPD  Wallace: HRM member killed in the Scottish invasion of England. Rot in Hell Wallace  Tommy: Member of the Regulators recently killed by SPD    Grimm: Member and Leader of the now defunct Ministry, killed by SPD C-SWAT. During the Deaths Hand Invasion  Mr. Walter O'Neil (Sarge): Member of a group only referenced to as the Post Office, He was killed in … END_OF_DOCUMENT_TOKEN_TO_BE_REPLACED