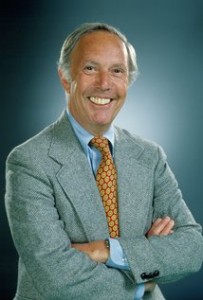 Bio: Well it’s time to talk about Ajax, well first let me say this runner is a Patriot and he is as well an assassin. He is like the Post Offices Eraser, yup if Ajax is sent to take you out. Well you wont exist any more, that means your family, friends, co-workers yup he will completely sanitize the world of your existence. This man is never sent out after targets that are not considered deserving of his special skills, and if you try to hire Ajax for a kill that he feels is unworthy well you just killed yourself, since this man is extremely good at tying up loose ends. He has left Boston Police Department baffled for decades and has even baffled the Federal Laboratories at the sheer lack of evidence he leaves behind.
I have no idea where Ajax was trained, or what his skills are like. This man is a ghost and what I have found is nothing more then street legend. I know he is real, the PD have multiple open homicides for John or Jane Doe and have mentioned wanting to speak with Ajax about his possible involvement in these cases. He is the real deal people, this man is not stationary and has worked from coast to coast, his whereabouts are unknown and he can only be contacted through the shady underworld, though trying to hire Ajax could be very bad for you if he feels its a waste of his skills and time. Remember he decides if it is a worthy job not you, otherwise I do hope none of my readers ever have an encounter with Ajax and if they do I Don’t Know You!

This is dedicated to all the warriors of the shadows who have fallen in the line of duty. RIP    Crazy Glue: Killed in the Jackals Lantern by an unknown assailant, Her Murder is still under investigation by SPD  Wallace: HRM member killed in the Scottish invasion of England. Rot in Hell Wallace  Tommy: Member of the Regulators recently killed by SPD    Grimm: Member and Leader of the now defunct Ministry, killed by SPD C-SWAT. During the Deaths Hand Invasion  Mr. Walter O'Neil (Sarge): Member of a group only referenced to as the Post Office, He was killed in … END_OF_DOCUMENT_TOKEN_TO_BE_REPLACED