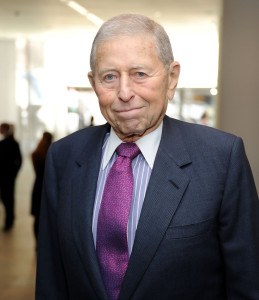 Bio: Well this man known as the Krampus is one that really scares me out of the many keepers of the Library, and for damned good reason. Every agency and order has their cleaners and their erasers. Well the Krampus is the cleaner of the Library and this man is so damned cold that he will go after anyone that needs to be erased and this means that he will abduct your children. The Krampus will use your own offspring as leverage to lure out his target and if you expect that your children will be spared well this is a falsity. The Krampus will kill them right in front of you and then he will remove your unneeded head. This man is a true monster and like the legend states he goes after the naughty and well your kids might have been angels but if the Krampus is involved you have been very naughty.

When it comes to erasing someone their is no order better then the Library, this agency is full of people that can make anyone vanish in the blink of an eye and any victim of the Library is always found with their heads missing. Only to turn up days or months later discarded in a random dumpster, tossed away like yesterdays newspaper. Though for the Krampus he takes joy from his work and he goes the extra mile to make sure his victims fully understand the dire nature of their situation. This cleaner will make sure your family and loved ones all suffer a gruesome death and are made quite aware that they are dying to the actions of their loved one. Though the Krampus will normally only work during the holiday season and thus earning the handle of the Krampus. This man fully enjoys using this time of year and all the family gatherings as his hunting grounds, he can render an entire family extinct on one night and then have children that he can either murder or brainwash into his subjects.

Yes unlike the true legend of the Krampus, this man will sometimes spare your children and he will use some sort of portable brain dancing equipment to turn them into his loyal and fanatical subjects. He then arms them with a knife and sends the little killers back to their parents to do the deed for him, then off themselves as he couldn’t be bothered to raise any of these monsters he creates. Though this brings to light the issue that your little child could be a cold ruthless killer that will kiss you good night and then drive a knife into your throat as you sleep or as you tuck them into bed. This is why he is scary and he could be anywhere, and anyone do to him being a master of disguise, the Krampus might just be your preacher, your mail carrier or even a teacher. His true identity might be known but he sheds skins like many change their underwear, so the fear of the Krampus is something that many should be concerned with.

Their is no-one that is aware of the Library’s agenda and why they peg someone for erasing, so do to this their is zero way to protect yourself from the Krampus. This man works exclusively for the Library, though we do know that the Library works with the Human Resistance Movement and also the Death’s Hand this should be bothersome to anyone who reads this. Cause if these Keepers are working for the Death’s Hand or even connected to that agency this could mean that Alexander can reach out to the Library and ask for the Krampus to be unleashed to remove a loose end. Or even to strike random fear as many would suddenly swear loyalty to the Hand if they learned the Krampus was in town and suddenly the children where at risk. The Krampus is a master cleaner and this man can and has turned even children into fanatical killers, he has kidnapped children and sent them back to their parents as beef jerky or mail order steaks. Only to expose the truth after Mom and Dad have consumed their child, leaving that as the last thought before he removes the heads of his victims.

So in conclusion when it comes to the Krampus, their is really no way to protect yourself from him, do to his motives and the motives of the Library being unknown and we are just know learning about this agency. He is the master of disguise and will use your children or grandchildren against you and if no children are in the equation he will dirty his own hands with your blood. This man will strike entire families during their celebration of Christmas, and render everyone their deceased and leave it as a bloody massacre for the police to clean up. So with his motives unknown and his agency veiled in secrecy it is almost imposable to predict when you have angered the Library enough for them to dispatch the Krampus. The only assumption I have is that the Library are seekers of knowledge thus if you are standing in the way of them achieving this said goal you might be on the Krampus’s radar. Though again this is an assumption and thats all.

The Krampus is a heartless killer that will not think twice about killing anyone on his list and even those that are not on his list but are connected to his target are at risk for his special brand of murder and terror. This is one Keeper that is not obsessed with knowledge and can not be reasoned with ever, so cherish these moments know with your children and hold them dear but please keep a watchful eye for the hidden dagger and always lock your bedroom door. Though this might stop little Timmy or Sally but it won’t stop the Krampus, just say your prayers that you haven’t ended up on his list of the naughty.

This is dedicated to all the warriors of the shadows who have fallen in the line of duty. RIP    Crazy Glue: Killed in the Jackals Lantern by an unknown assailant, Her Murder is still under investigation by SPD  Wallace: HRM member killed in the Scottish invasion of England. Rot in Hell Wallace  Tommy: Member of the Regulators recently killed by SPD    Grimm: Member and Leader of the now defunct Ministry, killed by SPD C-SWAT. During the Deaths Hand Invasion  Mr. Walter O'Neil (Sarge): Member of a group only referenced to as the Post Office, He was killed in … END_OF_DOCUMENT_TOKEN_TO_BE_REPLACED