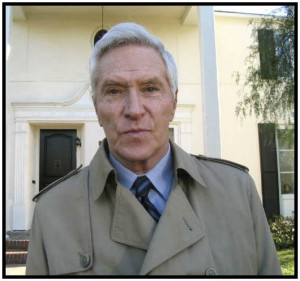 Bio: Mandrake is a man of science and served in the military intelligence division working on extremely classified projects. He was in command of the science unit at that base in Montana and one can only wonder what they were working on. Whatever it was, it was serious enough to invoke the wrath of the Military and the President when Warpath went rogue and Mandrake joined his side. This man is a master of toxins and as well as herbs and anything that is both synthetic and natural. He has used his skills to aid his brothers in arms and as well bring down large groups of enemy forces, Mandrake has worked side by side with both Abyss, Tracker and Thunder on a number of occasions and this man is a master of blending in and seeming non threatening and for this is the first and only fatal mistake his targets ever make.

This man of science is also well versed in the combat arts and it is unknown if he is part of the sixth world since no one has ever scanned him and he is not registered with the Council of Denver. Mandrake is a man with honour and won’t use his weapons on the innocent, but in war there is a fine line between innocent and guilty and like Antrim he is forced to cross that line on occasion. Mandrake keeps himself in check by trying to rationalize each and every kill and when that fails he seeks guidance from Chaplin, Mandrake can not be reasoned with when it comes to the enemy if they are deemed military, since he was forced to bury his wife, children and grandchildren during those early days and the death of his grand baby still haunts him today. Mandrake still wears his wedding ring and will not be content till justice is served for the death of the innocent, he blames the UCAS government for the needless deaths and as well for acting on the warnings the received and allowing the NAN to rewrite history and seeming like they were the victims and the resistance fighters where the villains.
Mandrake is as well the units electronic warfare specialist and has been able to cover there comings and goings and keep the enemy in the dark about there movements. He is also feared by the UCAS do his ability to use his warfare deck to hack into SOL and turn the super laser against the NAN from time to time, this came in handy when the Devil Dogs where under heavy resistance from both the Sioux and UCAS. He unleashed the fire in sky against the enemy and as well knocked O’Brian and Shifter out of the SOL mainframe allowing them to make a hasty retreat. This has earned the Devil Dogs a permanent spot on the FBI’s top ten most wanted list, though between Mandrake and Voltage they keep the country in the dark and this allows them to enter civilised society unlike the Rattlers.

This is dedicated to all the warriors of the shadows who have fallen in the line of duty. RIP    Crazy Glue: Killed in the Jackals Lantern by an unknown assailant, Her Murder is still under investigation by SPD  Wallace: HRM member killed in the Scottish invasion of England. Rot in Hell Wallace  Tommy: Member of the Regulators recently killed by SPD    Grimm: Member and Leader of the now defunct Ministry, killed by SPD C-SWAT. During the Deaths Hand Invasion  Mr. Walter O'Neil (Sarge): Member of a group only referenced to as the Post Office, He was killed in … END_OF_DOCUMENT_TOKEN_TO_BE_REPLACED