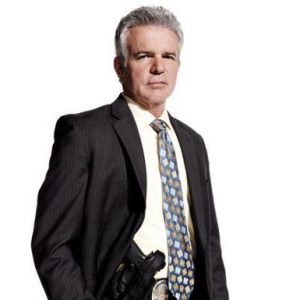 Bio: Welcome to Seattle Lt Sykes, the former partner of Sherman Willard has now joined his partner in crime here in Seattle. The Mustang as they call him is  wild child and a true bull dog detective that worked within Texas and served under the corrupt Dallas Sheriff Brian Kindler; though like Willard Flynn would not tolerate the antics of his boss and end up on the bottom of the case ladder and his promotions would stall out once he became a Lieutenant. While in the Dallas PD he would end up solving thousands of homicides and yet he would not be able to solve the unsolvable that would be the murders of the Outlaws Five.

Flynn would be moved to Major Crimes when he got to close to a witness while investigating one of Creed’s killings, while under his protection the witness would end up getting killed. Dallas PD cleared Sykes of any wrong doing but his reputation was tarnished and a transfer was required. This would put Willard with Procter aka Dallas and the two would go onto become a real power duo, though keep technology away from Willard and never make the mistake of calling him anything other than Captain.

While in Major Crimes Flynn would be in charge of many homicides, kidnappings, terrorist attacks and the like. He would never again work on a case involving the Outlaws Five as Kindler would make certain that their murders where either unsolvable or a simple homicide even if the victim would classify as a Major Crime. Flynn would always be suspicious of Kindler and his over reach but seeing he and Jamie kept the Star out of Texas for some time, Flynn simply let his feelings go and ignored his gut about his former boss; it wouldn’t be till Willard told Flynn to back away from Kindler and just ignore him…..death is not worth solving a case.

Seems that even in Texas they were weary and cautious of the Outlaws Five and chose to remain alive instead of engaging those maniacs. Sadly by the time Mustang and Willard were working nobody knew about the Outlaws Five and their legacy of murder. The Problem Solver was good at his job and he would have the entire Texas Police Department jumping through hoops over the years and it would grow even harder for them when he would become a state senator and have direct access to the inner workings of the legal system…suddenly witness protection meant nothing. Flynn would simply focus on his day to day work, he would dive head first into his cases and put his personal life on the shelf, for Sykes being a cop was everything and even when he felt like walking away and hanging up the badge it would be Willard that would keep him employed.

Our contacts don’t have much on the Mustang besides he used to be a thorn in the side of Brian Kindler, though as much as they bickered the two men where as thick as thieves. Flynn is Texas Elite and fought in the Battle for Texas in 2019 alongside the recovering and wounded Brian Kindler the two men fought through hell and back to keep Texas free of the Native and Mexican government. Now we know that Texas would loose that fight and even when the tried a second time during the Civil War of 2020 it still would end with the same results; for Kindler and Sykes it was personal they each suffered greatly at the hands of the natives and Mexican forces. Chemical warfare, illegal tactics and swarm warfare would end up killing thousands of Texans and unlike the Alamo some would survive those bloody five days in 2019.

The Texas First was were the best of the best of the Texas National Guard would end up and within the 1st only 31 men would survive out of five thousand soldiers.  These men would be put through the ringer right here in America and have to face odds that no military should have survived, let alone willingly marched into; though these are hard headed Texans….enough said. Now the racism, bigotry, and sheer reckless nature of Texas I can do without but there dedication in the face of great danger well I can’t ignore.

Now the extent of the Fight for Texas 2019 is lost to history and our contacts either don’t know or don’t care enough to divulge said information. The data has been slowly slipping out now from Wilhuff’s STAGE 5 but not enough has been gone through to properly report on the events of the battle, we will need one of the 31 to produce documents and witness accounts seeing the natives and aztlan governments are not speaking; though their sudden willingness to hand over the stolen land speaks volumes about their guilt.

Flynn as much as he hated Kindler as a boss, he respected him as a Texan and veteran of the 1st and hence was willing to put his distrust aside seeing Willard was willing to simply let things go. While in Texas the Mustang would live a double life, during his off duty time he spent his days and nights fighting to bring down and discredit the STAR and when on duty he was super cop. Even being badly wounded in action he kept coming to work each day and taking on the day with that award winning Texas smile, though this is one Texan you don’t want to cross…correction NEVER MESS WITH TEXAS!!

I am not going to bore you with the details of his career but eventually the STAR would become the main force in Texas and he would either have to suck it up and deal or move on, well Flynn would simply join the Texas Rangers to snub the STAR. He would end up working alongside Michael DiCane for a period before Michael would return to Houston PD finding life as a Texas Ranger to difficult to balance a career and large family leaving Flynn to cultivate a new partner. Though his kinship with the DiCane family wouldn’t end there, seeing he served with Michael’s brother Eric DiCane during the Fight for Texas and worked alongside Lewis DiCane unknowingly aiding the Outlaws Five.

This is dedicated to all the warriors of the shadows who have fallen in the line of duty. RIP    Crazy Glue: Killed in the Jackals Lantern by an unknown assailant, Her Murder is still under investigation by SPD  Wallace: HRM member killed in the Scottish invasion of England. Rot in Hell Wallace  Tommy: Member of the Regulators recently killed by SPD    Grimm: Member and Leader of the now defunct Ministry, killed by SPD C-SWAT. During the Deaths Hand Invasion  Mr. Walter O'Neil (Sarge): Member of a group only referenced to as the Post Office, He was killed in … END_OF_DOCUMENT_TOKEN_TO_BE_REPLACED