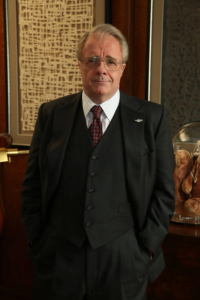 Bio: When one think of the International Guild of Bounty Hunters one name comes to mind and thats the infamous Doberman and his flawless record with hunting down the scum of the earth and bringing forth his special brand of justice; though we must keep in mind that this guild has yet another slimy snake within it’s ranks that has dodged law enforcement, the legal system and has gotten away with countless murders all in the name of justice and that man is known as the Naga. One can say that that these two men set the current standards for the Guild of Bounty Hunters and as well have entangled the Brotherhood of Mercenaries into their web at the same time. Before the Doberman and even the Naga being a Bounty Hunter was a profession that was looked down upon by local authorities and yet seen as a necessary evil and throughout history the Bounty Hunter has been playing their part in bringing law breakers to justice using whatever means where legal at the time.

Though as the years progressed and the times changed so would the craft of being a Bounty Hunter and the rules would change to fit the course of the change. The men once looked upon as a necessary evil would soon become an uncontrollable evil that would be unleashed upon the world, they would adapt their tactics to the ever growing threat of the new world and thus becoming part of the ever changing environment that is the sprawl. They would band together as a guild and manipulate the law makers to allow them to traverse the entire globe in pursuit of their targets or should I say victims; none so violent as the Doberman and Naga that would use any means necessary to bring to justice their prey and even crossing that fine line from lawman to criminal in the process, all the while hiding under the banner of the Guild and the Brotherhood. They would slip through the legal system, walk away from murder charges and blatant fraudulent crime scenes just to guarantee their victory over their prey.

While most of the guild would still attempt to bring their targets in alive to stand trial, hunters like the Doberman and Naga would prefer to bring them in a bag. Killing for these men was nothing more than a days work and they would sell their souls and morality for a handful of credits. In the early days the Bounty Hunter would go after anyone that was unlucky to have a bounty on their head and be wanted for criminal activity, though in today’s violent world the rules once again have changed and the Hunters work directly alongside the infamous runners and rebels without care and only when one crosses the line does the Guild take notice. One can call the International Guild of Bounty Hunters to be hypocritical and within violation of their own creed, seeing that they work alongside known criminals and many within the guild have bounties on their heads as well. Though this doesn’t seem to bother those within the guild that have the highest success rates and especially the Doberman and the Naga that seem to relish in the fact that they themselves are wanted for their own actions. The war that has spread across this fair land has brought many things into question and none better than who’s bounties are actually worth collecting and who’s are worth ignoring and it seems that the UCAS (United Canadian American States) and the World Courts bounties are being ignored by many within the Guild and only those placed by the Brotherhood, Patriots, The Seattle Police Department and the Confederates seems to matter to the Guild anymore. Even the UCAS’s once mot decorated Bounty Hunter Bradly Wellton aka Oak has jumped ship and turned on his once allies when he defected to the Freedom Patriots and joined the Harbingers; leaving the UCAS with yet another problem to deal with and James O’Brian to handle this turncoat seeing he can no longer reach out to the once neutral International Guild of Bounty Hunters and be forced to use our very own military to combat this ever growing threat.

Well we all know the Doberman is one of the best in the business when it comes to being a Bounty Hunter and a man to fear for damned good reason, well their is another within the ranks that needs to be feared far more than the the Doberman; that is the Naga who makes the Doberman look like a tame little puppy and will go to any extreme to get his target. This man has zero fear, zero morals and zero conscience; human life to him is only as cheap as a single bullet and he can never be negotiated with, no one has ever escaped the Naga’s grasp and everyone he has gone after has come home in a box. This man will only kill his targets and he doesn’t care about the reduction in his pay for the target being deceased, he doesn’t care if he has to shoot through an innocent bystander to take down his mark and he is not above using toxins, gases and other lethal concoctions to bring his prey to a painful death. The Naga has been working for generations and can be said to hail from the generation of the Criminal Elite, his training comes from the many years he served within the United States Military special forces division working within the “Black Ops” agency that our government would never admit openly we actually had. Well the cats out of the bag on this one seeing we know many of the rebels hail from these Black Op teams and even the President had his own agency of assassins that was once considered a myth.

The records of the Naga can be traced all throughout the Old American Intelligence divisions and has even worked within the CDC (Centre for Disease Control) He holds multiple advanced degrees and has trained some of the worst that now work within the rebelling forces; before anyone asks this man is not related to Director Jarred Mitchell but is the Father of Seattle Senate President Warren Mitchell, their is zero relation between the two families but disdain, hatred and feuds that go back generations. The Naga has obliviously been in action for many generations and has seen decades worth of conflict and killing, this has created the man that we know today as the Naga and the man that for as much as we know about him their still is an aura of mystery surrounding this man. His skills are not fully known, he changes his approach and tactics as needed and can on the drop of hat alter his approach to fit new found intelligence, this man is a master hacker and master of the firearm but that doesn’t mean he isn’t just as deadly with a blade, his bare hands or god forbid anything he cooked up in his lab.

What the Naga classes as is jut a mystery, for he doesn’t seem to have any cybernetics nor magic but he exhibits the tell tale signs of someone with an extreme edge and even his thermo signature doesn’t show any signs of warmth. This man is as cold as they come and thats something to be worried about, his aura can’t be read since he doesn’t have one and he doesn’t show up on ultrasound scanners. The Naga is assumed to be bullet proof  and moves like lighting striking quick and then gone before the dust settles, always leaving a headless and spineless corpse behind to be found at a later point. Many of his targets have been found skinned and gutted like one a deer and others well found quite alive or in reality dead men walking as the toxin has already killed his victim, they just don’t know it. At this point you can call the Naga an assassin more than a Bounty Hunter seeing that he never takes a living target and has never been bested in combat.

Why are we talking about the Naga now and not trying to forget about this true terror in human form, it seems that somebody killed his daughter-in-law and grandchildren within recent days and streets have already begun singing about the sightings of the Naga lurking through the shadows. Many street informants have gone missing and one can only assume that the Naga is behind these mysterious disappearances seeing that according to legend once you are of now use to the Naga he ties up loose ends and leaves no trace of himself just his calling card. It seems that Seattle’s Number One Most Wanted Man has become the focus of the Naga and for our once honourable Deputy Commissioner turned cold blooded murderer; it seems only fitting that he is being hunted by one of the most cold blooded killers and hunters the streets have ever known. I only hope that the SPD (Seattle Police Department) catch Anthony DiCane before the Naga does seeing that DiCane will at least have his day in court if arrested otherwise he will become yet another notch of the belt of the Naga

This man wields weaponry and armour of an unknown technology and has the signature weapon of the Presidents Men, though by all accounts he is not within their roster; cause if that was the case Anthony DiCane would be able to claim sanctuary as the President of the Confederacy’s Grandson. According to reports the Naga was the man who trained the Revenant and as well taught the Doberman, he is a master sniper and basically the perfect killer and with generations of training under his belt it won’t be long before he catches his prey and my prayers go out to the friends and family of the Public Enemy Number One Anthony DiCane as the Naga is one slippery snake that I wouldn’t wish upon my worst enemy.

Again with everything we know about the Naga their is much more that we don’t and this Bounty Hunter seems to have taken a special interest in DiCane and so the hunt has begun. If you see the Naga on the streets just avoid him at all costs, for this man is pure evil and will not think twice in killing an innocent just to lure out his target and you don’t want to become a statistic in the battle of the giants. Though this snake in the grass has the upper hand, the experience over the much younger DiCane, consider this to be a warning Anthony DiCane I know you have to have some good left inside you; please turn yourself in to the authorities instead of becoming yet another victim of the Naga.

This is dedicated to all the warriors of the shadows who have fallen in the line of duty. RIP    Crazy Glue: Killed in the Jackals Lantern by an unknown assailant, Her Murder is still under investigation by SPD  Wallace: HRM member killed in the Scottish invasion of England. Rot in Hell Wallace  Tommy: Member of the Regulators recently killed by SPD    Grimm: Member and Leader of the now defunct Ministry, killed by SPD C-SWAT. During the Deaths Hand Invasion  Mr. Walter O'Neil (Sarge): Member of a group only referenced to as the Post Office, He was killed in … END_OF_DOCUMENT_TOKEN_TO_BE_REPLACED