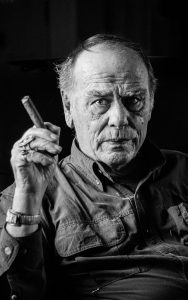 Bio: The Misfit, well this man is probably they undisputed second most dangerous and skilled decker the world has ever seen with only his mentor the Banker being better. There are some that will argue Switch Doctor or Tesla are up there with this man, but I would have to disagree. Misfit entered the shadows in the early 2040’s and has never really truly left. Though he stopped working as a runner in 2053 and joined Lone Star’s Computer Crimes Division in Detroit essentially leaving Seattle and the shadows behind him.
Though before Misfit became a cop he was a the decker to seek out for any team and since the misfit relished in creating chaos like his mentor he had no issues working with some of the cities most violent shadowrunners like Nova, Seven, Professor and others. Misfit was involved with the massacre of 40′, the Quebec job, The Great Black Out, and others. we can only assume he never really left the comfort of his home and pyjamas. Since back then a deckers life was much easier and there really wasn’t Matrix dead free zones. <<<the truth is out there>>>He would be able to crack these places take on enemy deckers and still be able to watch Hot in Seattle and sip his beer.
Yes the Misfit was involved with these jobs he was actually there so the only blood on his hands is really that of opposing deckers and well anyone killed by the sentry weapons he activated. But there was one job that proved the Misfit was more than just a computer worm and could handle himself in a fire fight. This job was the Fire and Ice job at the Aztec Pyramid. This job Misfit needed to go in to crack a well protected terminal. So he joined fellow runners Ace, Iceman, Nova, Ringmaster, Professor, Samael and Mr. Black. With the aid of Aces chopper they were air dropped into Aztec grounds and had to fight there way into the Pyramid and then work there way up. Sadly there was no easier way in for these men and stealth was not an option.
These men where successful but not without taking some hot lead from the security teams, they can thank the Ringmaster for being able to survive the magical onslaught that came next, This job got named Fire and Ice cause of the well Hell Blast that the Ringmaster let loose as they were trying to leave. This spell is normally a magi’s last resort well Ringmaster let loose a blast of hell fire that engulfed half the pyramid and killed everyone in it’s wake. The Ice came from the death toll on the inside. Well the Misfit was armed to the teeth as well and he got his hands bloody that day. Some say this is the job that forced the Misfit to leave the shadows, and go to Detroit but no-one is truly certain of this.
Well the Misfit has recently returned to Seattle under the Hill Pardon act and took command of the Matrix Crimes Division here in Seattle, well lets just say chummers the second best decker the world has ever seen is now in charge of investigating and cracking cyphers, coded chips and data pads. He is also investigating other deckers and criminals down. Don’t expect any mercy from the Misfit if your a law breaker, he is another one of those Motor city cops. So you can only imagine what training and advances he has in his arsenal now.

This is dedicated to all the warriors of the shadows who have fallen in the line of duty. RIP    Crazy Glue: Killed in the Jackals Lantern by an unknown assailant, Her Murder is still under investigation by SPD  Wallace: HRM member killed in the Scottish invasion of England. Rot in Hell Wallace  Tommy: Member of the Regulators recently killed by SPD    Grimm: Member and Leader of the now defunct Ministry, killed by SPD C-SWAT. During the Deaths Hand Invasion  Mr. Walter O'Neil (Sarge): Member of a group only referenced to as the Post Office, He was killed in … END_OF_DOCUMENT_TOKEN_TO_BE_REPLACED