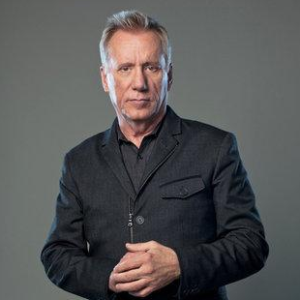 Bio: Bear is Warden Clark’s go to guy when things need to get done in the Vault. He is the commander of the Corrections Officers and a damn good one, he keeps his men in line and his men fear Bear as much as they fear the Warden. Bear is a shape shifter Kodiak and this is bad news for the inmates, as he is known to shift and stalk the prison looking for a victim or as just a warning to those who might step out of line. Bear is not like the Shamans who say Bear is mother and wise, No this man is no Mother, he is mean spirited and this is why I think Clark likes him. As that Bear will do whatever the Warden needs and as well make problems go away, the Vault is basically a lawless domain with Clark at the Helm and Bear is his right hand. These men work freely and no one questions what they say. They tell the docs to write murder of as suicide, change life sentience’s into death sentience’s and the like.
SPD really could care less what goes on in the Vault as long as no one in the vault escapes, So Bear makes sure that his guards are well trained and everything works like a well oiled machine. The Vault is one place you really don’t want to go, and if you do remember there is killer bear stalking the cell blocks.

This is dedicated to all the warriors of the shadows who have fallen in the line of duty. RIP    Crazy Glue: Killed in the Jackals Lantern by an unknown assailant, Her Murder is still under investigation by SPD  Wallace: HRM member killed in the Scottish invasion of England. Rot in Hell Wallace  Tommy: Member of the Regulators recently killed by SPD    Grimm: Member and Leader of the now defunct Ministry, killed by SPD C-SWAT. During the Deaths Hand Invasion  Mr. Walter O'Neil (Sarge): Member of a group only referenced to as the Post Office, He was killed in … END_OF_DOCUMENT_TOKEN_TO_BE_REPLACED