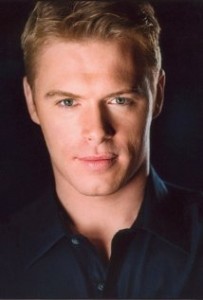 Weight: 180
Apparent Age: 35
Archetype: Mercenary
Preferred Weapon: DAOD Nemesis
Runner Song:
Bio: Shock Wave is another mercenary recruited straight from the ranks of the Brotherhood that gave up being a soldier of fortune to become a full fledged officer inside the UCAS Army under the command of General James O’Brian for the Urban Strike Division. Shock Wave has proven himself time and time again in various campaigns within the UCAS and over seas, this mercenary is a the ultimate urban predator and nothing will stand in his way. The country hasn’t seen the likes of a combatant like Shock Wave before and there will be no terrorist or runner that can stand up to this man’s skill in combat, Shock Wave is more then capable in restoring peace to the troubled streets and capturing the fugitives and traitors and bringing them swift justice for their crimes against the UCAS.

This is dedicated to all the warriors of the shadows who have fallen in the line of duty. RIP    Crazy Glue: Killed in the Jackals Lantern by an unknown assailant, Her Murder is still under investigation by SPD  Wallace: HRM member killed in the Scottish invasion of England. Rot in Hell Wallace  Tommy: Member of the Regulators recently killed by SPD    Grimm: Member and Leader of the now defunct Ministry, killed by SPD C-SWAT. During the Deaths Hand Invasion  Mr. Walter O'Neil (Sarge): Member of a group only referenced to as the Post Office, He was killed in … END_OF_DOCUMENT_TOKEN_TO_BE_REPLACED