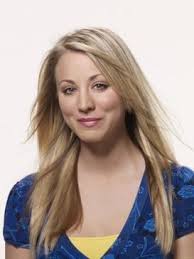 Bio: Well this is another new runner to hit the streets, Diamond was born in London but she has been in America her entire life and as the only daughter of the infamous Riddler one should stay quite clear of Diamond; for her father is not only a original runner and founding father he is one of the head justiciars of the Steel Legion and not to mention he is trained and practised executioner for the state. The Riddler has done it all and now his daughter seems to picking up the family business of killing for hire, trained by some of the best in the business Diamond proves that she is as tough as her namesake and as well has the beauty to woo and seduce her way out of trouble and into a meal.

Diamond uses blackmail and extortion to get her way and has been known to seduce a Johnson out of his pants and his wallet before she slices his throat or ruins the mans life forever. Diamond is one tough cookie and has become a force to be reckoned with throughout the UCAS, and now Seattle as she has decided it is time to play with the big boys of the shadows. Now it cant be a coincidence that Diamond has entered Seattle not long after her father was placed as the city’s District Attorney thus allowing Diamond to have a get out of jail free card.

She is one of the few new breeders that is somewhat known, but thats only because she is not all that secretive in her missions. She subscribes to the old school theory of causing chaos to enact fear and than create a distraction to allow her to slip away or into a building; Diamond will use mass murder to her advantage and when body parts start appearing in public people panic and through the ensuing pandemonium Diamond vanishes into the night. Her occupation record is quite high and her success rate is 100% nearly unheard of in the world of the runners, though this might change now that she is within the Emerald City as the game has changed and so have the rules. Though for Lucy in the Sky she has an ace in hole and that is the Riddler, the master of puzzles, the master of deception and the master of misdirection will be keeping a close eye on his only daughter and making sure she stays alive and out of jail, seeing the Riddler will want grandchildren eventually.

This is dedicated to all the warriors of the shadows who have fallen in the line of duty. RIP    Crazy Glue: Killed in the Jackals Lantern by an unknown assailant, Her Murder is still under investigation by SPD  Wallace: HRM member killed in the Scottish invasion of England. Rot in Hell Wallace  Tommy: Member of the Regulators recently killed by SPD    Grimm: Member and Leader of the now defunct Ministry, killed by SPD C-SWAT. During the Deaths Hand Invasion  Mr. Walter O'Neil (Sarge): Member of a group only referenced to as the Post Office, He was killed in … END_OF_DOCUMENT_TOKEN_TO_BE_REPLACED