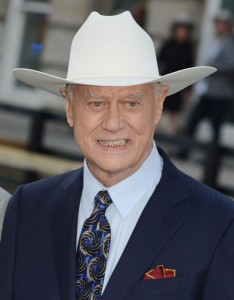 Bio: Mad Dog is a gun slinger and just mean spirited bastard, this man is a ruthless killer and only till recently joined a team and I think it is more out a necessity then want. Mad Dog is to much of a wild card and till now no team would take him as a full time member. This man doesn’t understand nor care for social niceties and it’s all about the job for him. He will steam roll anyone who gets in his way and he will never look back to pick up the pieces. Mad Dog might be a next generation runner but his work was mostly in the CAS and CFS so I can only assume he has Sons connections, I do know he is part of the Texas Elite. Mad Dog has done some jobs here in Seattle but since he was persona non grotta with most of runners here, he had to adapt and work elsewhere. Needless to say this man is not one of my most liked members of Helix and I have no idea why they recruited him to lead them.
Mad Dog is extremely fast on the draw and has pin point accuracy, basically he is a human version of Quick Draw just faster in those aspects, other wise Quick was a Hero and Mad Dog is a villein so don’t except any mercy from him and he will do whatever he needs to do to get the job done. I do know Mad Dog and Raptor are friends and have worked together in the past a few times but that’s not saying much, Raptor has his moments. So basically watch out for Mad Dog, he is not to be trusted. This man is like his name says Mad and he is as mean as a rattler, so don’t think he will pose for a photo with you nor sign that runner autograph book of yours,

This is dedicated to all the warriors of the shadows who have fallen in the line of duty. RIP    Crazy Glue: Killed in the Jackals Lantern by an unknown assailant, Her Murder is still under investigation by SPD  Wallace: HRM member killed in the Scottish invasion of England. Rot in Hell Wallace  Tommy: Member of the Regulators recently killed by SPD    Grimm: Member and Leader of the now defunct Ministry, killed by SPD C-SWAT. During the Deaths Hand Invasion  Mr. Walter O'Neil (Sarge): Member of a group only referenced to as the Post Office, He was killed in … END_OF_DOCUMENT_TOKEN_TO_BE_REPLACED