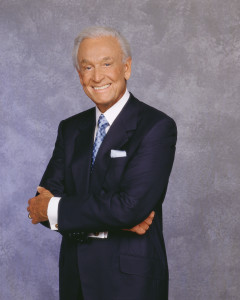 Bio: Tracker has served the Devil Dogs proudly for decades and prior to becoming a soldier of fortune and outlaw, he was a decorated officer. Tracker was a team leader for a Green Beret unit and was stationed in the classified base in Montana. He was part of the elite security force keeping the base secure and free of infiltration, this man has served his country proudly and he know fights alongside his brothers in arms for a cause he feels to be just. Tracker is a legendary infiltrator and assassin, this man is well versed in counter intelligence and knows the wilds and cities like the back of his hand. He is to be considered extremely dangerous and be warned he is very charismatic and able to charm his way into basically anywhere, be on the lookout for the Tracker for once he slithers his way into a camp there wont be a secret he won’t find and a soldier left alive once he is done.

Trackers hatred for the natives burns deep to his core, but he is able to see past his tunnel vision to keep his code intact, that doesn’t mean he is approachable and trustworthy. He would rather slice a natives throat then speak to them, so keep that in the back of your mind. Tracker has been involved in all major conflicts with the Devil Dogs and has survived through the years, this man’s skill and reputation has inspired some of the best infiltrators to date. He is also wanted all across the UCAS and NAN for espionage, murder and treason, though he considers his actions just.

This is dedicated to all the warriors of the shadows who have fallen in the line of duty. RIP    Crazy Glue: Killed in the Jackals Lantern by an unknown assailant, Her Murder is still under investigation by SPD  Wallace: HRM member killed in the Scottish invasion of England. Rot in Hell Wallace  Tommy: Member of the Regulators recently killed by SPD    Grimm: Member and Leader of the now defunct Ministry, killed by SPD C-SWAT. During the Deaths Hand Invasion  Mr. Walter O'Neil (Sarge): Member of a group only referenced to as the Post Office, He was killed in … END_OF_DOCUMENT_TOKEN_TO_BE_REPLACED