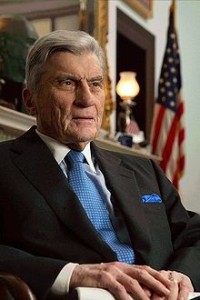 Bio: I hate to refer to this man as a street samurai and not a mercenary, but under the true definition of a street samurai the Patriot has traded enough of his soul for chrome that he can be considered a street killer. Though this man is a professional and doesn’t show any other characteristics that hinder a normal street samurai, he is considered a mercenary by Colonial and that should carry enough wait don’t insult the Patriot by calling him a Sam. This man emerged on the seen many years earlier and has even served in the UCAS Senate after his multiple tours of duty with the US Marine Corps, he was stationed over sea’s when the natives unleashed there fury and during the nights of blood. The Patriot was clueless as to what was going on at home, for he was waist deep in mud and fighting hard against the Chinese and Koreans in the second Korean war. When hell broke loose state side and the President was assassinated this man like many of his brothers in arms where unaware that there wives, homes and children where being pillaged, their commanders abandoning them, and there country turning against them.

This is dedicated to all the warriors of the shadows who have fallen in the line of duty. RIP    Crazy Glue: Killed in the Jackals Lantern by an unknown assailant, Her Murder is still under investigation by SPD  Wallace: HRM member killed in the Scottish invasion of England. Rot in Hell Wallace  Tommy: Member of the Regulators recently killed by SPD    Grimm: Member and Leader of the now defunct Ministry, killed by SPD C-SWAT. During the Deaths Hand Invasion  Mr. Walter O'Neil (Sarge): Member of a group only referenced to as the Post Office, He was killed in … END_OF_DOCUMENT_TOKEN_TO_BE_REPLACED