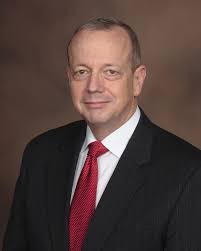 Bio: What can be said about the Journeyman other than that he is the second in command of the Heartland division of the Freedom Patriots and works directly alongside the Highwayman; in his attacks and robberies of the UCAS convoys that travel through middle America; also and even more freighting is that he serves alongside the infamous Presidents Men having been recruited by the Revenant directly to aid in the return of their fabled order. The Journeyman has lead a long and illustrious career fighting against those that he deems to be the enemy of freedom, and if it wasn’t for the Journeyman returning to his friends side within the 2050’s when the Highwayman was being dragged in multiple directions we might not be even discussing this man, nor the legendary robber and commander Colonel Johnathan Winters aka the Highwayman.

These men once served the UCAS loyally and were willing to lay their lives down for the ideals of liberty and freedom against the tyrants of the rebels and their illegal revolution, though through typical government lip ups, failing to register these men as physical adepts and over estimating the capabilities of their highly trained infantrymen Winters and Stillwater managed to escape certain death and become a serious thorn into the side of the UCAS; as they volunteered for service to the rebels, divulged secrets and even lead many rebel platoons directly Fort Leonard Wood  to create chaos, destruction, murder and theft of national secrets and property; these men would also uncover multiple tactical data pads that would divulge troop movements, ambushes and many months of the UCAS’s tactical assessments towards the Confederate South. They would also uncover the governments desire to create multiple superhighways and pipelines that would cut the nation in half and destroy many of the small villages and communities that have stood for hundreds of years. Colonel Winters and Major Stillwater couldn’t stand for the total disregard for the people of these small towns and the destruction of generations of family heritage; many of witch where nearly lost during the Great Tragedy of 2018.

So would become the partnership of these men as they swore to defend the heartland from the government bulldozers, though for the Highwayman he would eventually have to separate himself from the Journeyman do to a conflict of schedules; with the revolution reaching it’s climax and the UCAS and Native forces continuing to use the forgotten highways to move supplies, vehicles and troops across the country; General Archibald Kingsbury would need Colonel Winters to focus further on the ceasing of the governments supply train, though the Journeyman who had spent many a decade as a special forces cleaner for the Patriots was more than skilled to pick directly up where the Highwayman would have to leave off temporarily; and with their close friend Roanoke at the Journeyman’s side it wouldn’t be hard for them to strike the proper convoys, while still striking civilian transports on the superhighway to keep he legend alive and well. The UCAS military is one thing and that is predictable, once they believe they have something or someone defeated they will not change their strategy, though the addition on Roanoke would be yet another wild card the government would fail to prepare for.

As the years progressed the Journeyman with the assistance of Roanoke would drive a thorn directly into the side of the UCAS and become the direct information broker to Colonel Norman Patton and help keep the Patriots convoys travelling through contested regions; with war all around them even a simple traffic stop can turn into a full scale assault; so the Journeyman makes sure that everything goes without a hitch; seeing that he is the second in command of the heartland division he needs to stay on top of his game and always prove that he is just as good as his friend the Highwayman. The Patriots high command have allowed the Highwayman and Journeyman to commandeer forces they need from the First Iowa, Third Indiana and 54th Ohio divisions as well as the 43rd Minnesota division to complement their private hijacking strike force and any soldier lucky enough to be picked to work under the Highwayman or Journeyman considers it quite an honour; yes they will be asked to perform questionable actions but it’s all for the war effort.

The Journeyman outside his work with the Highwayman is known as a cleaner and one of the most skilled that General Kingsbury has on hand net to the Highwayman; these men where personally trained by the like of Ajax, Reaper, Eraser and Baron to make certain that any target they go after dealt with and forgotten by history itself. This is how they would end being recruited into the returning agency of the Presidents Men; the Revenant wold recruit the Journeyman and the Highwayman would be recruited by the Director himself and personally trained by one of the wolds most premiere assassins and gunfighters. Now the Revenant is no joke himself and the training of the Journeyman would produce another agent as bothersome as the Sabretooth, Bueller, Frostbite, Outcast and Muggsy as it seems the newer Presidents Men have quickly adapted and accepted their noble cause and are willing to snub their nose directly at the Freedom Task Force and Director Mitchell. This order might be slowly returning to it’ former glory but with recently confirmed members Roanoke, War Machine, Roulette, Ferryman, Bueller and Chimney it seems that purge only stalled the inevitable and has given their agency far more dangerous members that all have a score to settle and are willing to do whatever it takes to protect the true interests of the United States and her new President Lyndon Kingsbury.

The Journeyman in combat is a true master and wields a very similar weapon to that of War Machine, Frostbite and others within this order that can slice it’s way through most armour with ease; and it as well seems that even the Hobgoblin who was once thought to just wield a very powerful focus is as well fighting with a similar energy sword the colour of the blade doesn’t seem to be for anything other than show. Though I would never want to be struck with one of their blades, as they all seem to be able to fuse known physical adept abilities into the blade itself and fight with a level of prowess never scene before (The Governments magical registry program can’t even calculate their true prowess). This has many in the Federal District concerned and the military command is unsure in how to properly train the agents and soldiers on how to fight these legendary assassins that are not for hire and work with one thing in mind, that being national security.

The Journeyman and the Highwayman are once again back together as they command the Heartland Division through satellite communication with multiple fail saves put in place, so even a radio blackout doesn’t cease their command structure, and it’s this division that has stalled the movements of the UCAS and NAN forces from reaching war torn regions needing reinforcements; this has allowed the Patriots to maintain the upper hold during the war, though there is only one certainty in war and thats uncertainty for that these men are well prepared for the unexpected. They are just biding their time till the enemy figures out a proper counter attack, until that day they will stand as the guardians of small town America and forgo any further creature comforts, love and relationships till the war is officially over; as both men have suffered under the causalities of war watching loved ones, children and wives become innocent victims. So when you are walking through the heartland and you stop to take in the majestic views of the small farm towns, fields of grain and clear skies you can thank the Journeyman and the Highwayman for protecting the last of our natural resources.

This is dedicated to all the warriors of the shadows who have fallen in the line of duty. RIP    Crazy Glue: Killed in the Jackals Lantern by an unknown assailant, Her Murder is still under investigation by SPD  Wallace: HRM member killed in the Scottish invasion of England. Rot in Hell Wallace  Tommy: Member of the Regulators recently killed by SPD    Grimm: Member and Leader of the now defunct Ministry, killed by SPD C-SWAT. During the Deaths Hand Invasion  Mr. Walter O'Neil (Sarge): Member of a group only referenced to as the Post Office, He was killed in … END_OF_DOCUMENT_TOKEN_TO_BE_REPLACED