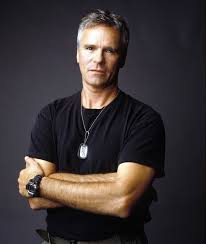 Weight: 175
Apparent Age: 55
Archetype: Mercenary
Preferred Weapon: Spass 22
Runner Song:
Bio: The Huntsman is a total soldier, this man once served in the Army Rangers and he know serves as a Devil Dog, he has been fighting for generations and will continue to fight until he is killed in battle. The Huntsman is a master of the wilds and the wastes and knows the landscape better then any native soldier. He was trained by the Sioux in Montana prior to joining the Army, he was trained as a guide and hunter of big game. He was once a friend of the Sioux and even adopted a young native orphan and took him on as his own son. The Huntsman was a reserve member of the Army and lived amongst the natives, this man was not part of the original unit of that took to resistance but he joined not long after.
When the Ghost Dance accord he was taken completely off guard and was nearly killed by the force of the assault, though what made matters worse was his own son turned on the only father he ever knew and stabbed the Huntsman over a dozen times in the back and front he was forced to open fire on his own son and killing him to save his own life. Lucky for the Huntsman he survived his wounds, unlucky for the natives he survived, he has since become a terror for the Sioux and has returned the hospitality by hunting there soldiers, wildcats and chiefs like they were nothing but game.
The Huntsman still carries with him the memory of being forced to kill his own son and this weighs heavily on him and it has kept him focused on his task and his goals. Though the Huntsman’s soul has been shattered, he is still able to separate civilian from military but that doesn’t mean that he won’t cross that line if given the chance. His anger, his betrayal and his frustration burn deep within the Huntsman and he will take that to his grave. He seeks the wisdom of Warpath and Chaplin on a regular basis to keep focused and not stray from his code and his oath, he understands why they are fighting the way they are, he doesn’t want to be remembered as a villain and a murderer, he has been branded an outlaw by his own government for doing the right thing and the Huntsman will never rest till his honour is restored and he gets some answers for the actions taken against him.

This is dedicated to all the warriors of the shadows who have fallen in the line of duty. RIP    Crazy Glue: Killed in the Jackals Lantern by an unknown assailant, Her Murder is still under investigation by SPD  Wallace: HRM member killed in the Scottish invasion of England. Rot in Hell Wallace  Tommy: Member of the Regulators recently killed by SPD    Grimm: Member and Leader of the now defunct Ministry, killed by SPD C-SWAT. During the Deaths Hand Invasion  Mr. Walter O'Neil (Sarge): Member of a group only referenced to as the Post Office, He was killed in … END_OF_DOCUMENT_TOKEN_TO_BE_REPLACED