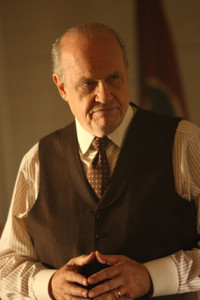 Weight: 215
Apparent Age: 60
Archetype: Mercenary
Preferred Weapon: Grapple Gun
Runner Song:
Bio: The Hangman, well first off this man is the reason that grapple guns are so damn hard to get a hold off now a days with a permit. Okay with that the Hangman is not a man who got his name by playing that childhood word game well, No he actually hung people, lots of people with a modified grapple gun. Yes I am not kidding he would string you up by shooting you with a basted grapple gun, how the physics worked I am not sure, but it worked and worked well. I have seen the pictures and heard the stories told by my Grandfather who was a Lone Star Detective and worked on the Hangman case till the day he retired.
The Hangman worked in the 2040’s and has done a handful of jobs, he was known to operate with Medusa, Tracer and Post Master. He occasionally worked with Seven and the Professor as they both liked this man’s moxy as they put it. The Hangman had a big problem with gang bangers and the triad that was just moving into Seattle at this point in history. He would focus his hate towards them, and string them up to lamp post and balconies. He has had some serious scores as he eradicated to street gangs completely but like all gangs kill one a new one is there to take it’s place the next day. The only real thing he did was while he was running the streets he kept the triads out. It wasn’t till the next generation was ready to take to the streets that the Hangman passed the torch to what would become the Wind Runners to keep the triads out. Warning them of a Fabled Winds of Change that his friend Fable used to speak about. Telling them that if they didn’t pass the torch to the new breed the winds would blow for them. Well Hangman no winds have blown and the hero’s are still here and where are you, you old coot. Hangman is nothing to worry about as he was old in the 2040’s he is probably sitting in a nursing home now waiting to be killed by some young up in coming runner. Hell any rookie that an post a confirmed kill pic of the Hangman I will send you a signed #1 of the Mysteries of the Shadows signed by Quickdraw and Nightshade. This must be verifiable, and not fake. No SPD detective will care about the death of this old coot.

This is dedicated to all the warriors of the shadows who have fallen in the line of duty. RIP    Crazy Glue: Killed in the Jackals Lantern by an unknown assailant, Her Murder is still under investigation by SPD  Wallace: HRM member killed in the Scottish invasion of England. Rot in Hell Wallace  Tommy: Member of the Regulators recently killed by SPD    Grimm: Member and Leader of the now defunct Ministry, killed by SPD C-SWAT. During the Deaths Hand Invasion  Mr. Walter O'Neil (Sarge): Member of a group only referenced to as the Post Office, He was killed in … END_OF_DOCUMENT_TOKEN_TO_BE_REPLACED